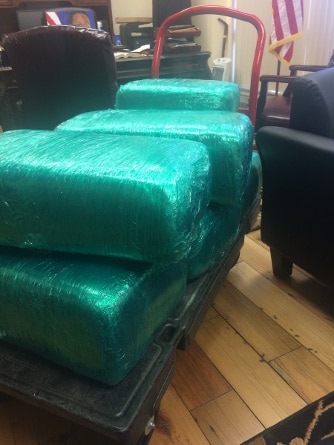 Deputies stopped an 18 wheeler on I-20 East Bound near Edwards around 2:45 a.m. Friday morning.

Deputies became suspicious of criminal activity during the stop when A K-9 alerted on the tractor and a
subsequent search led deputies to 140 pounds of Marijuana located in the Sleeper area.

“The final destination of these drugs was the streets of Jackson,” said Sheriff Victor Mason.

Christopher Lashawn McGowan, 30, of Quitman, MS was taken into custody and was transported to the
Raymond Detention Center.

He is facing charges of Trafficking a Controlled Substance.