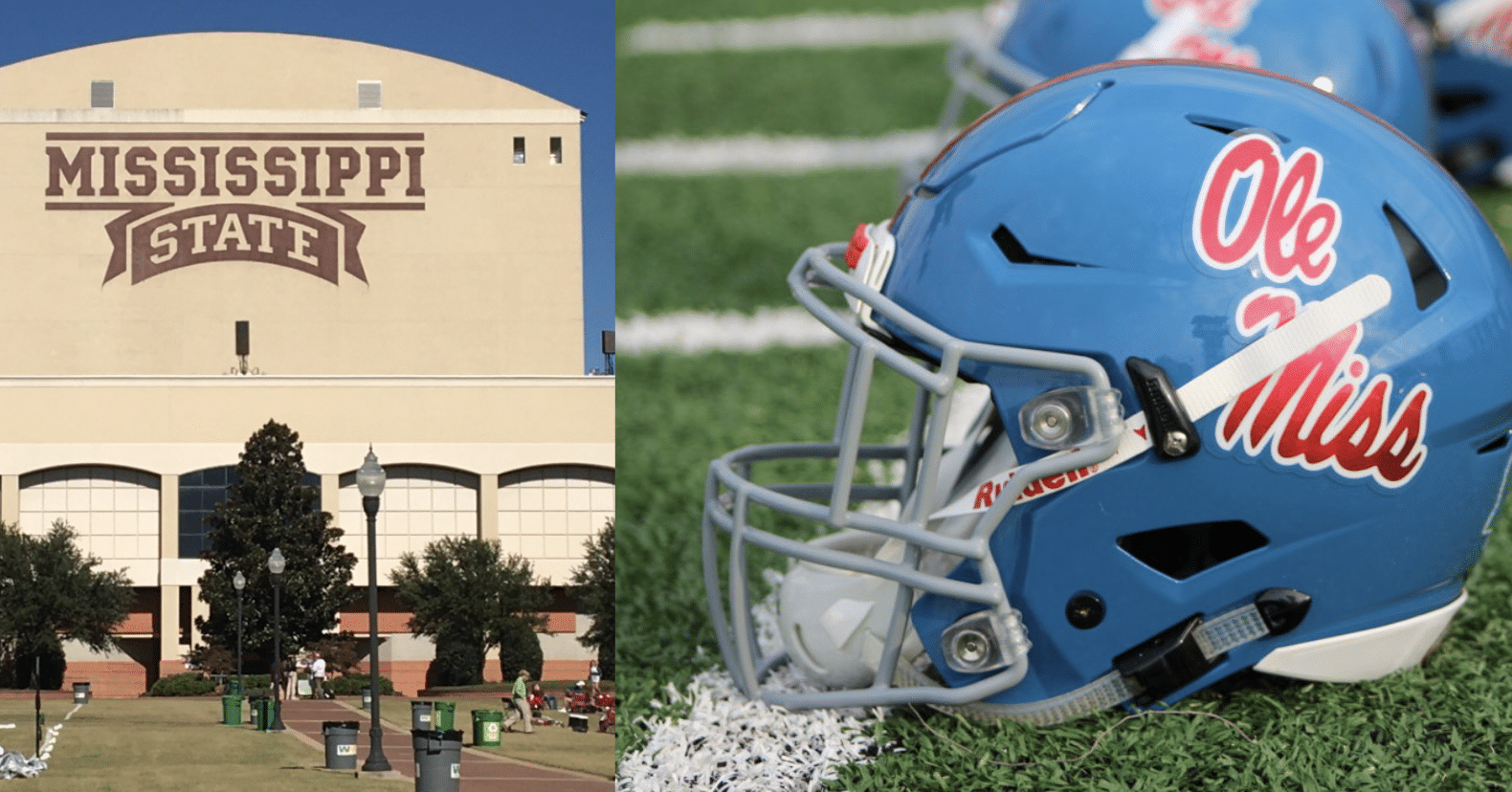 While Ole Miss, Mississippi State, and Southern Miss did a lot of work in December’s early signing period, there are still players left to be signed here on National Signing Day. Follow along for continuous, up to the minute coverage throughout the day as athletes from across the country announce where they will play their college football.

The Rebels begin the day with the 28th ranked class according to 24/7 sports which is a vast improvement from where they stood in early December. Still playing the waiting game with the NCAA, the Rebels’ recruiting future was uncertain the say the least. After the NCAA’s ruling of a 2018 bowl ban (which is being appealed), it seemed as if the worst was over and the 2018 class quickly took shape. Headlined by 4-star QB Matt Coral, the class was bolstered just yesterday with the commitment of 4-star WR Miles Battle. 10 of Ole Miss’ early signees are on the defensive side of the ball and that may shape the remainder of their class.

The first faxes are beginning to come in as National Signing Day is officially underway.

OL Hamilton Hall from Atlanta, GA is the first one to sign with the Rebels this morning.

TE Dawson Knox’s little brother LB Luke will keep the family tradition going as he will make his to Oxford.

DB JaKorey Hawkins commits to Ole Miss. The Montgomery, AL native will help sure up the Rebels’ defensive backfield.

While he announced his decision yesterday, WR Miles Battle made things official and has sent in his LOI to Ole Miss.

The in-state recruiting battle continues as ATH Tylan Knight from Pearl has committed to Ole Miss. Knight was named the 2017 6A Player of the Year.

OFFICIAL | @TylanKnight is a Rebel. This #FutureRebel was named the 2017 6A State Player of the Year and helped lead Pearl HS to a state title. #MississippiMade pic.twitter.com/sgfCMwpfgy

Coming all the way from Las Vegas to Oxford is DT Noah Jefferson. Jefferson played at Arizona Western CC last season after playing his freshman season at USC.

Here’s a look at what the Ole Miss class looked like before the day began:

Much like Ole Miss, MSU brought in a lot of talent in December and has a few spots left to fill in their 2018 class. The Bulldogs being NSD with the 31st ranked class. New head coach Joe Moorhead had just recently stepped on to the campus in Starkville before the early signing period, so now we will get a glimpse into the players that he has set his sights on in the past few months as he looks to differentiate himself from Dan Mullen’s class. In their early class, the Bulldogs inked the #1 rated player in the state WR Malik Heath and Stephen Guidry, the #1 rated JUCO WR, so it seems as if the explosive wideouts locked up for this class. With just one OL and two DL in the class so far, MSU may look to reload the interior with six spots left to fill.

Mississippi State began their day with an in-state recruit committing to the Bulldogs. CB Esaias Furdge from Clarksdale High is the newest member of MSU’s 2018 class.

Our first signee of the day is @EsaiasFurdge out of Clarksdale, Mississippi, making him the EIGHTH Mississippi native to join #StateTeam18!

Another Mississippi product and another WR for Mississippi State as Johnquarise Patterson from Pearl is officially a Bulldog.

The newest addition to the Bulldog Family gives us our fourth WR & nine Mississippi natives in #StateTeam18! Welcome @johnquarise4!

CB Jaylon Reed has become the latest to commit to MSU. Reed is another Mississippi native from Olive Branch who will stay in-state to play his college ball.

A native of Olive Branch, @TheJaylonReed has joined #StateTeam18 and will be headed to #StarkVegas! Join us in welcoming him to the Family!

LB Nathaniel Watson from Maplesville, AL has become a member of the Bulldogs 2018 class.

A three-time State Champion, @Nathaniel_ATH knows what it takes to win and he’s ready for #MoorCowbell! Welcome to #StateTeam18!

The MSU defense continues to get stronger as they add DT Fabien Lovett from Olive Branch.

Our defense just got even better!! Join us in welcoming @fabo_54 to #StateTeam18 as the newest member of the Bulldog Family!

Another new member of the MSU defense as LB Aaron Brule has sent his LOI.

The sixth member of #StateTeam18 added today, join us in welcoming LB @_AllOutAaron_ to the Bulldog Family!

DT Cameron Young from Meadville, MS will stay in state to play for MSU.

A native of Meadville, Mississippi, @cameron21young is on #StateTeam18! Join us in welcoming the newest Bulldog to the Family!

OL Kameron Jones won’t have far to travel as he stays home in Starkville.

In December, USM brought in 12 players, and head coach Jay Hobson said that they wouldn’t bring anyone in early that they “didn’t just really want.” He went on to say that they would look to add a running back as they try to find a replacement for Ito Smith. Hopson also mentioned linemen and the defensive backfield as areas of need heading into NSD. The Golden Eagles’ class of 14 so far is made up of seven players transferring from JUCOs, all in Mississippi. The experience they bring to the team could gel with younger players and help make up a strong class in Hattiesburg.

Southern Miss has had a busy day so far, and DB Ky’el Hemby kicked things off as he sent in his LOI.

It’s not a position that you often think about on NSD, but long snapper T.J. Harvey from Shaw, GA has committed to the Golden Eagles.

Dawson’s teammate from NO A&M DT Isiah Johnson will also make his way to Hattiesburg after announcing his commitment on Twitter.

Meridian native DE Deuntra Hyman has sent his LOI in and is officially a Golden Eagle. Hyman held offers from Ole Miss, FSU, Kentucky and others.

As USM looks for Ito Smith’s replacement at RB, Trivenskey Mosley from Shreveport, LA has signed with the Golden Eagles.

USM continues to bolster their interior line as DL Junior Carswell has committed and will make his way to Hattiesburg.

Take a look at USM’s class heading into the day: