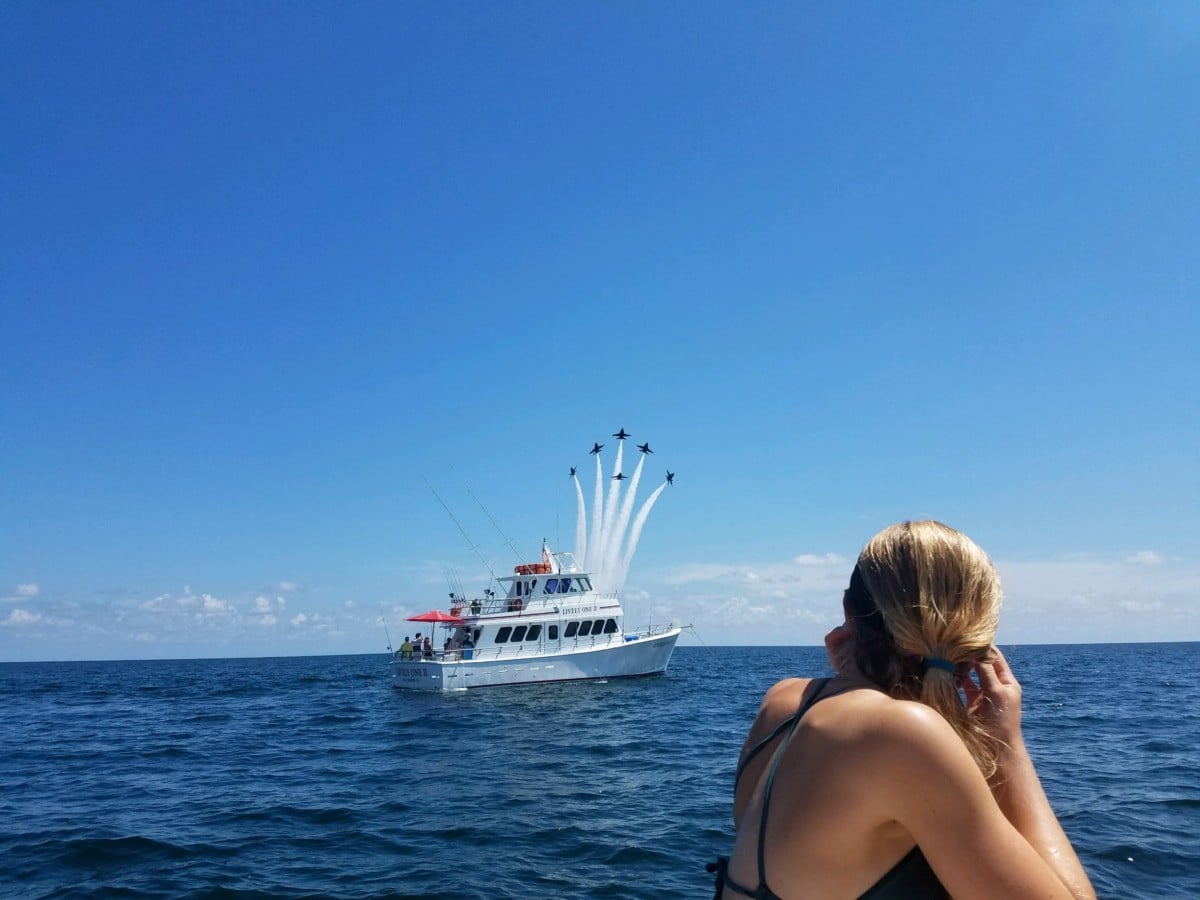 The Blue Angels will be flying over Biloxi, attendees will be able to see them at the Blue over Biloxi air show, Saturday and Sunday, July 21st and 22nd. Vincent Creel with the City of Biloxi said this year they are changing the location.

“It’s been too long since we’ve had the excitement of an air show on the Coast,” Mayor Andrew “FoFo” Gilich said, “We’re honored that the Blue Angels will be here to punctuate another summer of family fun in Biloxi. The two-day July show will be centered off the beachfront near the Great Lawn between Harrah’s and Margaritaville. We expect huge crowds both days. It’s the perfect location for viewing aerial acrobatics over the water.”

Along with the Blue Angels, the show will feature all the popular performances spectators have come to expect from a large regional air show including the world famous Aeroshell Aerobatic Team, the U.S. Army’s Golden Knights Parachute Team, the USAF F-16 Viper Demo Team, ACEMAKER Airshows T-33, a number of aerobatic solo performers, warbird flyovers, Coast Guard rescue demos, and a host of modern military aircraft.

Front row to view the air show will be Harrah’s Great Lawn and The Blind Tiger. Parking will be available at Harrah’s. The public is reminded that they should only park in legal parking areas.

The “Blues Over Biloxi” show will be operated by David Schultz Air Shows, which will coordinate the event. Seizing upon the natural viewing area, Schultz will offer dozens of gourmet food trucks to serve the thousands expected to gather at the Great Lawn and along the beachfront.

“We wanted to give spectators a huge variety of dining options and food trucks is the way to do it,” said Mark Boyd, Schultz’s Project Development Manager. “Many air shows are under-served by food vendors and attendees sometimes miss some of the air show action waiting in line.”

In addition, visitors will find vendors and a large array of gourmet food trucks available up and down the public display areas of Beach Boulevard.

Marine traffic will be limited in the airshow area, south of Harrah’s and on portions of Deer Island.  An area known as the “show box,” which is center stage for the air show, will be marked as off limits beginning on Thursday from 11:30 a.m. to 5 p.m. and on Friday, Saturday and Sunday from 12:30 to 5 p.m. to notify boaters and marine traffic of the perimeters.

Gates open for the two-day airshow at 9 a.m. at the Great Lawn and performances will take place in the sky from 1 to 4 p.m.  There is no admission fee.