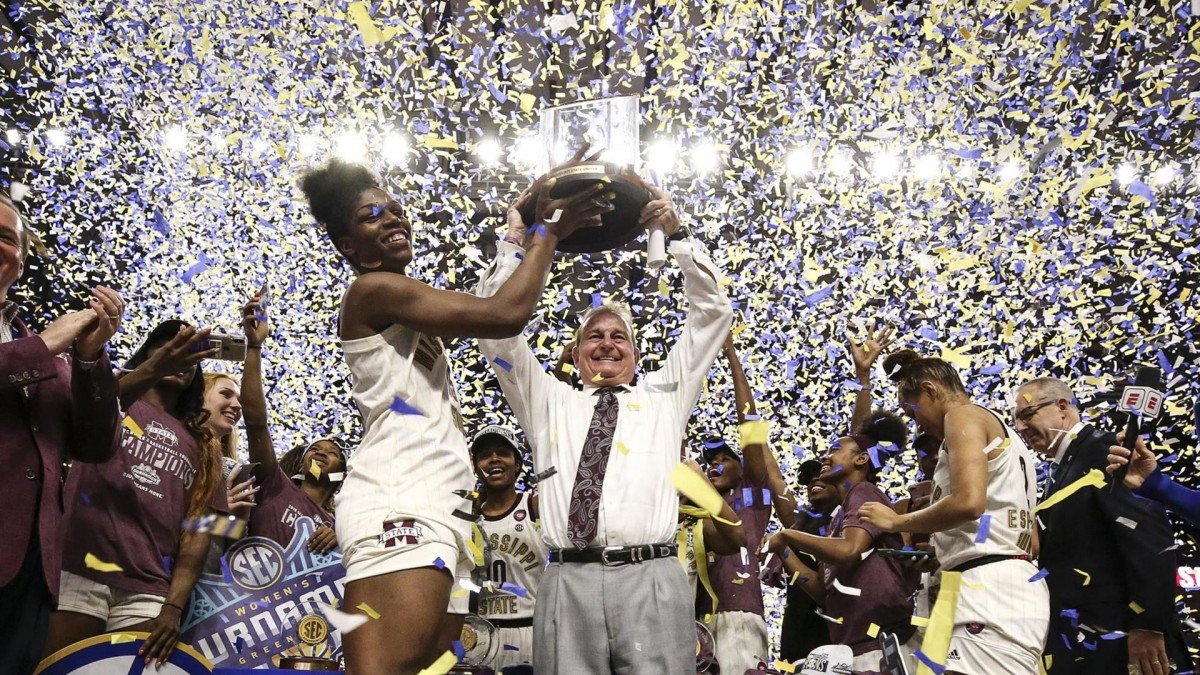 After the first quarter ended with #5 Mississippi State leading Arkansas by 14, there was little doubt that the Bulldogs were on their way to winning the 2019 SEC Tournament in Greenville, SC.

With their 101-70 win, the Bulldogs snapped their 3-year streak of coming up empty in the conference title game, and they did so by scoring the most points ever in an SEC title game.

“As a coach, I’ve done this a long time,” head coach Vic Schaefer said. “We’ve cut down some nets. I’ve cut down a lot of nets in my career. In this particular venue, in this game, in this conference, as a head coach, that moment has eluded me. It’s about those kids. To see the fruits of their labor come to fruition. As a coach, it’s why you do what you do. It’s just a very rewarding moment for me as a coach to see those kids.”

As they have been all season long, MSU was led by Teaira McCowan, who scored 24 points and added 14 rebounds in the winning effort and was named the tournament’s MVP. McCowan had plenty of help as 4 of MSU’s 5 starters put up double figures. Bre’Amber Scott also pitched in 20 points off the bench.

As a team, the Bulldogs shot an efficient 62.5% for the game (a tournament record), and they went 12-18 from beyond the arc. All of Andra Espinoza-Hunter’s 24 points came from 3 as she hit 8 out of 11 attempts.

The 10th-seeded Razorbacks simply couldn’t match up with the top-seeded Bulldogs. Compared to MSU’s efficiency, Arkansas shot just 37% from the floor and 32% from 3. MSU also rebounded the Razorbacks 41-28.

Mississippi State has their sights set on a return to the NCAA title game, and they’ll begin their quest for a national title when the NCAA Tournament begins later this month.