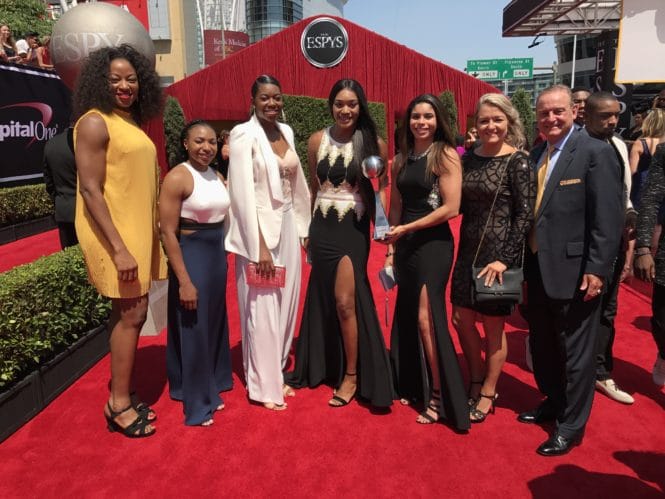 The MSU Lady Bulldogs caught national attention last year when they brought the University of Connecticut Women’s Basketball team their first loss since 2014.

Coach Vic Schaefer said the ESPY win was like reliving that buzzer-beater moment all over again.

“You’re up there… and they tell you that you’ve won the award. And she’s got the ESPY in her hand,” said Schaefer. “It took us by surprise.”

Perhaps the ESPY win was another big upset the team has pulled off.

“Well you know Clemson had a big upset for the Championship with Alabama,” said Schaefer. “I knew we had a chance of winning the ESPY because we were finalists, but you never know how the popularity contest may go.”

With both of the historic wins under their belt, the coach says they’ve still got room to grow.

“You know, last season, we fell short by one game,” said Schaefer. “Only one team goes all the way. This year, our goal is to be that team. Having said that, these last four weeks (of training) have been some of the best work I’ve seen.”