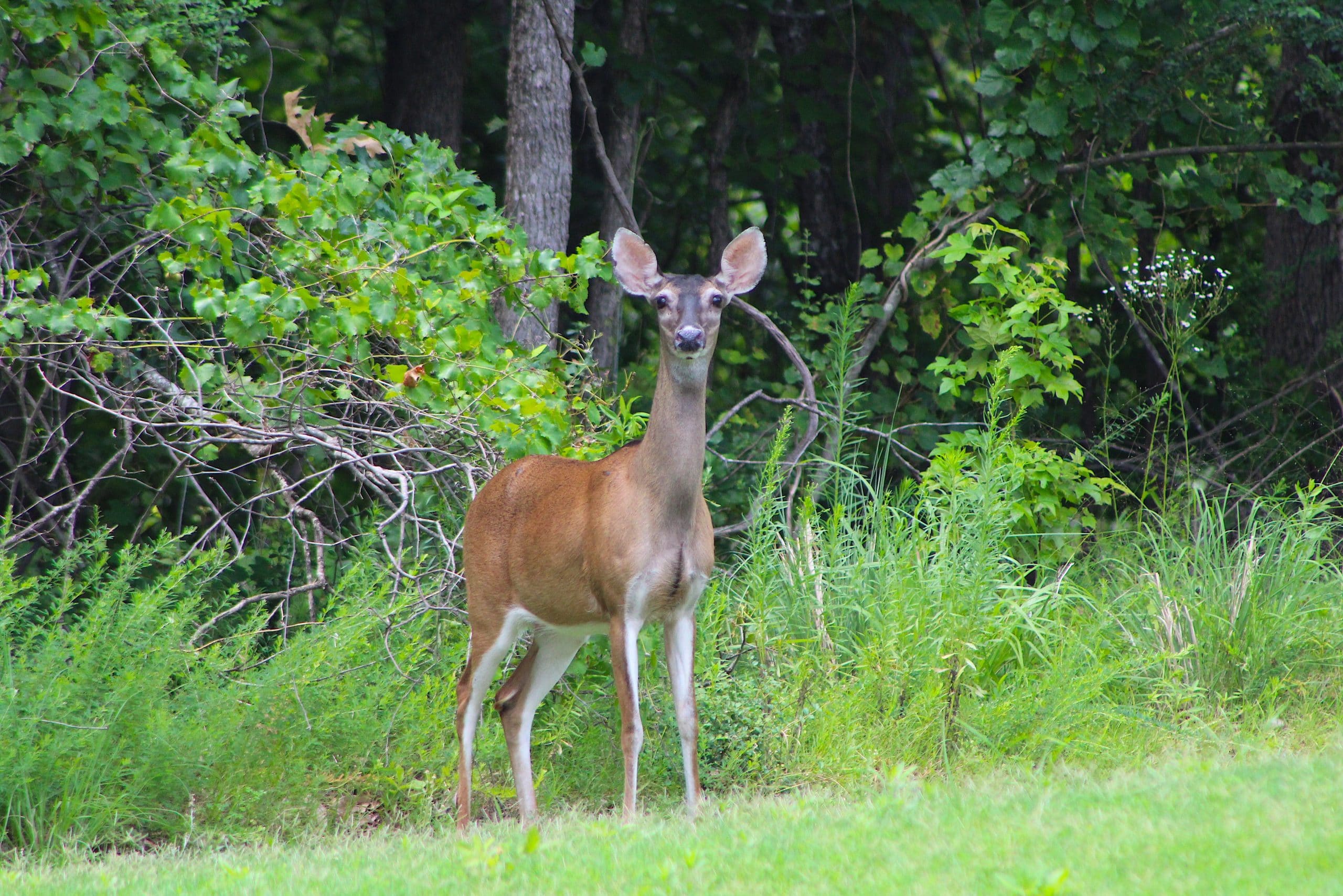 Hundreds gathered at the Vicksburg Conference Center for a public forum about the existence of Chronic Wasting Disease in Mississippi’s deer population.

While the disease has been around since 1967, Mississippi joined 24 other states when its first case of CWD was discovered back in January. According to the Chronic Wasting Disease Alliance, CWD only affects deer, elk, and moose. The disease affects the body’s nervous system and shuts the animal’s systems down eventually leading to death.

A diseased deer will act differently, often wander off, will not be aware of its surroundings and will appear to have a blank expression. They will also have a loss of appetite, weight loss, and will urinate excessively. The disease spreads through urine, fecal matter and saliva which makes it difficult to prevent depending on the volume of deer in any given area.

Dr. Margaret Wild, National Park Service Veterinarian, spoke of how the disease takes two years to show its first signs, and it is a slow process when it comes to eradicating the disease. She said that it could take anywhere from 7-10 years to measure the management strategies and that patience is key. If left untreated, the disease can affect population numbers and the economic impact that deer can provide.

Dr. Corey Gray with the Arkansas Game and Fish Commission has dealt with a similar situation in his home state since 2016, when a case of CWD was discovered. In their tests, they found a higher prevalence than Mississippi’s testing, so their response had to be quick. He detailed how they worked with hunters, taxidermists, and other agencies to identify potentially affected areas to target as they developed their preventive measures. Gray noted that communication and collaboration aid the department’s efforts in identifying problem areas.

“It’s kind of like a needle in a haystack, you don’t know where the needle is until it pokes your hand,” Gray said.

Arkansas implemented regulations including the banning of luring deer to areas using scents that contain natural urine, and they’ve prohibited feeding deer in the CWD zones for any other purpose than killing the deer. Hunters were also unable to move entire carcasses from the area where they were killed if it was a CWD containment zone.

“It’s not something that we can ride in on a white horse and fix in a night,” Gray said.

Russ Walsh, Wildlife Bureau Director, detailed Mississippi’s response to the diagnosis. While in its early stages, progress is positive. The Department of Wildlife, Fisheries and Parks did extensive testing after the first case was discovered in Issaquena County. They recently revealed that all tests came back negative for signs of CWD after testing samples from a 5-mile radius around the original area of discovery. Over 140 samples have been tested with numerous tests still being processed. If tests continue to come back negative, Walsh said it could lead to scaled back regulations and testing, but targeted testing will continue as they attempt to monitor the potential spread of the disease.

“It’s always good to have a negative test, but we had a positive deer. We know that he came from somewhere, so we certainly want to know where that is, where he may have come from and how many other deer have it,” Walsh said.

Supplemental feeding remains banned in the following counties:  Claiborne, Hinds, Issaquena, Sharkey, Warren, and Yazoo. Dr. Wild stated that this type of feeding attracts animals in an unnatural way which could lead to a higher volume of the disease.

The event was well attended, and both Gray and Walsh discussed how important community collaboration is in detecting and preventing this disease. Steve Williams from Edwards, Mississippi hunts in Claiborne and wanted to learn more about the long-term effects of the disease as he looks toward the next generation of Mississippi hunters.

“I’m concerned,” Williams said. “I’ve got kids in the family, nieces and nephews, and I want to see them have a deer population to hunt.”

Williams expressed his hope for a volunteer testing program like they have in Texas where he also hunts and is a part of the program.

While efforts are being made, there is much that is unknown about the cause and the spread of CWD. There is no vaccination or cure for the disease in the deer population.

If you suspect that a deer is infected with CWD, do not eat the meat. It has not been tested what type of effect the disease has on humans if any, but it is not recommended. A deer can still be infected even if it does not show symptoms, so it’s important to test deer meat before it is consumed. To test the deer, you’ll need to send it to the Department, but in future hunting seasons, they are aiming to set up different locations across the state where deer samples can be dropped off.