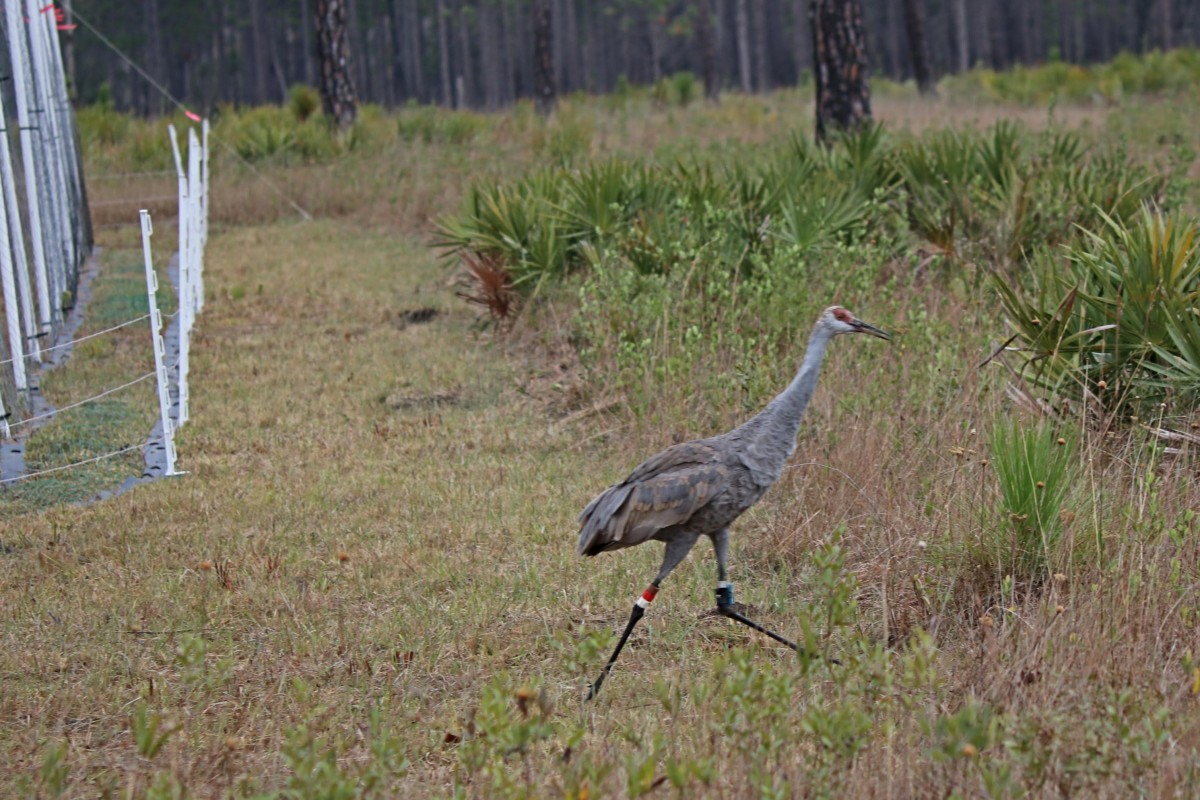 Three endangered Mississippi sandhill cranes that hatched this spring at White Oak Conservation have been reintroduced to the wild at the Mississippi Sandhill Crane National Wildlife Refuge near Gautier.

Approximately 130 Mississippi sandhill cranes and 34 breeding pairs remain in the wild. The cranes, which are 5-6 months old, are offspring of a pair of cranes that came to White Oak in 2016 from the Audubon Species Survival Center.

White Oak’s Mississippi sandhill cranes breeding program began in 1994, and since then 109 of the cranes have been born and reintroduced to the wild.

“North America hasn’t seen a bird go extinct in three decades, but we are getting very close with both this species and the Florida grasshopper sparrow,” said Mark Walter, Owner of White Oak. “This is why it is so critical for reintroductions like this one to succeed.”

While at White Oak, the three young cranes bonded as a group called a “cohort,” which will give them a better chance of survival in the wild. As a cohort, they will take turns watching for predators as they feed on invertebrates and other natural food.

The young cranes will remain at the refuge year-round, as Mississippi sandhill cranes do not migrate. But the cranes do fly, and VHF radiotelemetry devices have been affixed to their legs to allow researchers to track their movements.

They were driven from White Oak, which is in northeastern Florida, to the Mississippi Sandhill Crane National Wildlife Refuge in southeastern Mississippi, near the Gulf Coast. The population of the Mississippi sandhill crane, whose range once extended from southern Louisiana into Mississippi, Alabama and the Florida panhandle, has suffered greatly from habitat loss.

“This population of cranes is dependent on the reintroduction of healthy offspring produced each year at the breeding centers,” said Steve Shurter, CEO of White Oak Conservation. “The valuable cooperation among the various partners helps sustain the remaining Mississippi sandhill cranes.”

Habitat decline has been caused by the conversion of open pine savanna into plantations in the mid-1900s and by suppression of the natural fire regime, which has degraded the savanna.

“The U.S. Fish and Wildlife Service established Mississippi Sandhill Crane National Wildlife Refuge in 1975 specifically to protect these rare, endangered birds and their unique wet pine savanna habitat,” said David Viker, Southeast regional chief of the National Wildlife Refuge System. “White Oak Conservation has been instrumental in helping recover these cranes, and we appreciate all of the partners who have been collaborating to ensure the cranes can be enjoyed by future generations.”

Judges to be sworn in during coming weeks