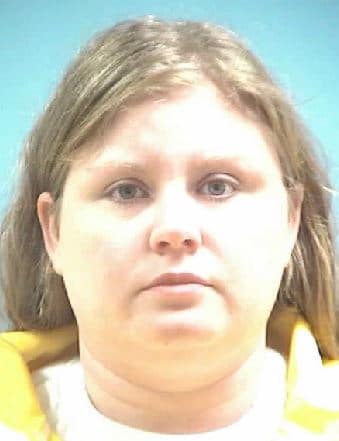 A former correctional officer has been sentenced for attempting to smuggle contraband into the south Mississippi prison, while a current officer stands accused of fraternizing with an inmate at the state penitentiary in north Mississippi.

“Hearing about both of these cases within days of each other while we are trying to move corrections forward in Mississippi was not pleasant news, but the message needs to be understood that zero tolerance is for everyone, including staff,” Commissioner Pelicia E. Hall said.

Megan Lynne Deese, 30, pleaded guilty Monday in Greene County Circuit Court to attempting to introduce contraband and was sentenced to five years with a recommendation for placement in the Recidivism Reduction Program (RRP). If she does not complete the program, she will have to return to court for sentencing.

Deese, #21320,  was working for South Mississippi Correctional Institution (SMCI) in Leakesville when she was caught on May 11, 2015, attempting to bring in 22 cellphones, 10 cellphone batteries, five Bluetooth headsets, and 15 cigars. She had worked for the agency altogether for about two years.

Like Deese, Candace Mason, who is facing termination for her alleged relationship with an inmate, has not worked long for the agency. She has less than two years total with MDOC.

Mason, 31, is charged with engaging in sex with an offender under state law §97-3-104. A conviction carries a maximum five years in prison, a $5,000 fine, or both. She was arrested Nov. 9 at the Mississippi State Penitentiary, where she worked, and was taken to the Sunflower County Jail. She later posted bail at $10,000.