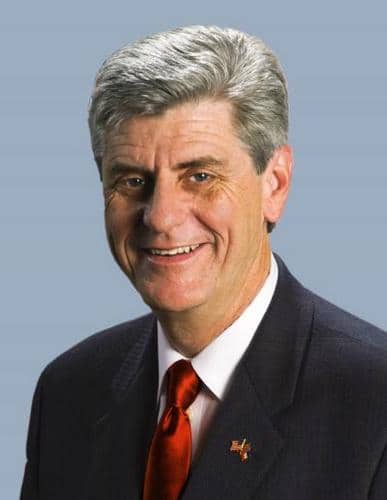 Governor Bryant returned to Mississippi late last night from the historic infrastructure meeting with the President at the White House. Another notable participant, sitting directly on Trump’s left, was Vicksburg Mayor George Flaggs.

The audio is from Gov Bryant revealing his suggestion on addressing the roads and bridges issue in our state. He made news today in offering to call a Special Session after the Regular Session when details of the massive plan are better known.

Also on the air, during the last segment, was the aforementioned Democrat Mayor Flaggs. I asked him how he finds himself a regular visitor to the White House in a Republican Administration. You’ll love his answer.

Also during the final hour of the Tuesday Gallo Show, three newsmakers joined me to give details of some truly transformative news in bringing high speed internet to rural Mississippi.

Listen to the last hour here.