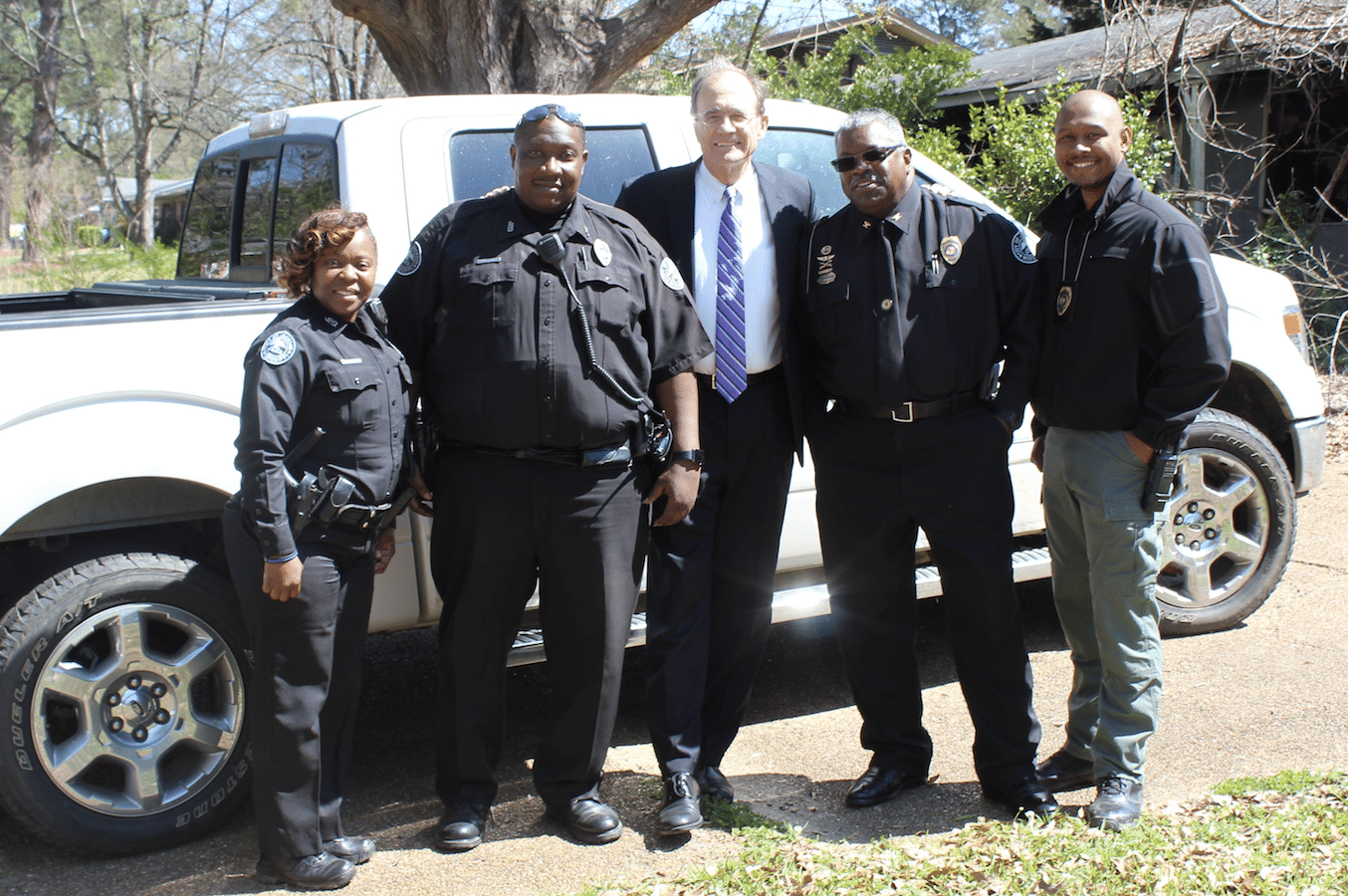 In the middle of a January night, Secretary of State Delbert Hosemann’s truck was stolen from his driveway, but the truck has now been recovered by the Jackson Police Department.

Hosemann posted a photo with several officers in front of the recovered truck, including Officer Whitney (right of Hosemann), who called with the good news. Hosemann was excited to learn that his truck had been found and as a thank you, he is sending signed blue books to all of the officers.

The truck was abandoned in a driveway and was recovered after it was reported to the JPD. While the truck has been found, it has not been determined who stole it.