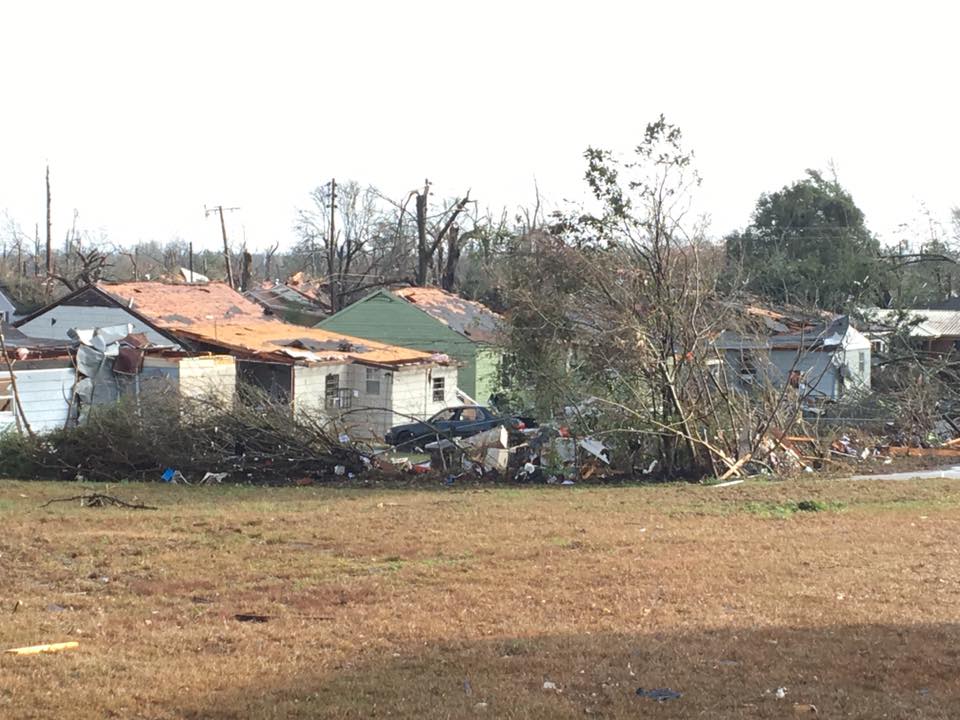 Here are the latest numbers (1/27/2017) according to the Mississippi Emergency Management Agency.

Of the number of homes damaged, 715 were either destroyed or sustained major damage.

According to the Forestland Economic Impact Assessment:

The total economic impact the EF-3 tornado on all forested acreage (including public and private land) was estimated to be $1,089750.

A Breakdown of Damage by County

Franklin: Two bridges destroyed, one home damaged and one road with major damage.

Lauderdale: One injury, 10 homes, one business and one farm building with severe damage, 11 homes with minor damage.