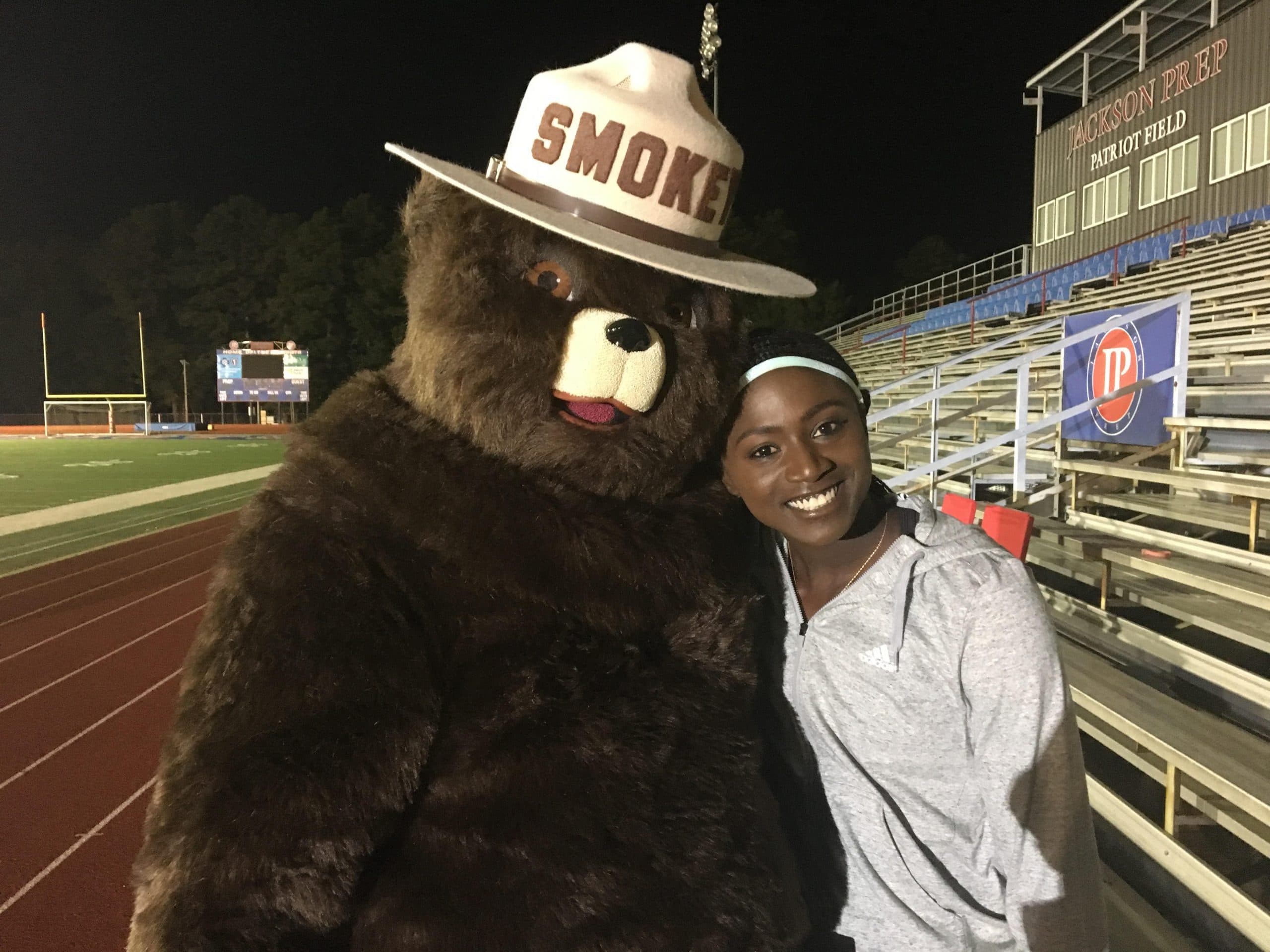 Mississippi Native Tori Bowie is the world’s fastest woman according to the 2017 IAAF World Championships and she is an Olympic gold medalist. Bowie is now featured in the Mississippi Forestry Commission’s new public service announcement video, Stop Wildfires at the Starting Line. The campaign is designed to heighten public awareness of wildfire prevention.

Produced by the Jackson-based video production and advertising firm Mad Genius, the series received grant funding made available by the U.S. Forest Service. Bowie is featured in the thirty-second video, which intends to remind the public of the destructive power of wildfires and how quickly they can spread.

Bowie is a native of Sand Hill, Mississippi; she attended Pisgah High School and the University of Southern Mississippi. Bowie competed in the 2016 Rio de Janeiro Olympic Games, where she won her first gold medal. The following year, Bowie would go on to win two more gold medals in London at the 2017 IAAF World Championships.

The Mississippi Forestry Commission says that wildfires in Mississippi are often human-caused. A small spark can start a large wildfire when conditions are dry and windy. The wind carries embers long distances, which can cause spot fires as far away as one-half mile from the burning area. Wildfires are known to move at speeds of up to 14 mph, which means they have the ability to spread quickly, potentially overtaking anything in their path – endangering life, property, and forestland.

Morgan added that the best way to prevent devastating wildfire occurrences in Mississippi is to never let one start.