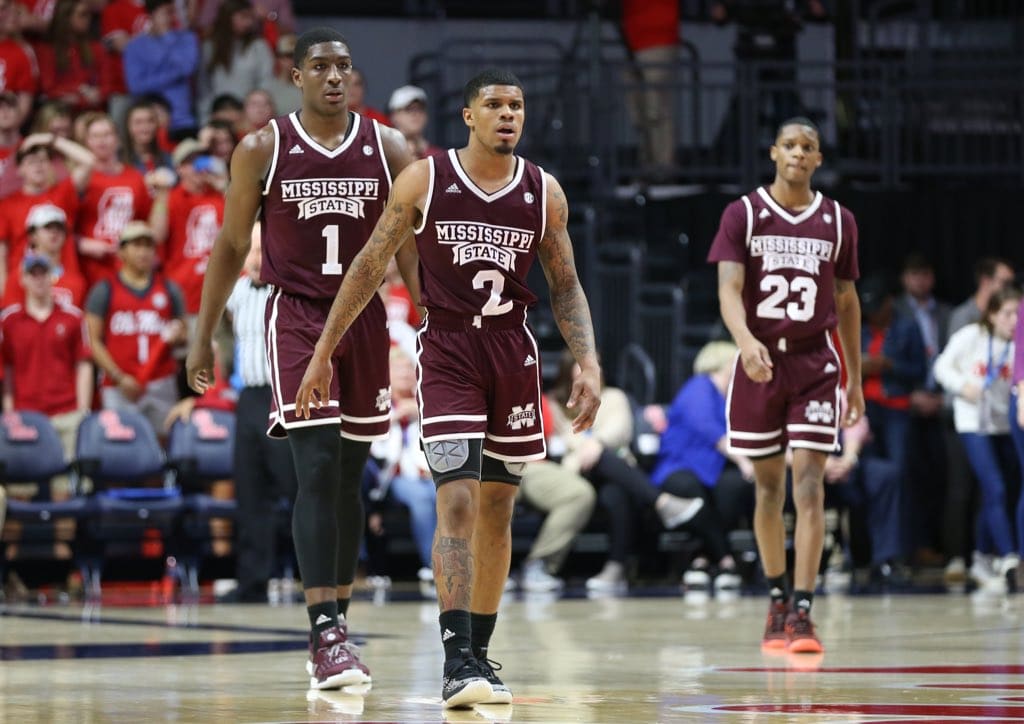 Just three weeks ago Mississippi State had to watch the Ole Miss Rebels celebrate on their floor after an 81-77 win for the red and blue in Starkville. Today in Oxford, the Bulldogs repaid the debt in full, as Quinndary Weatherspoon and Reggie Perry led State to an 81-75 win at The Pavilion. The senior and freshman combined for 48 points and 19 boards, as the Bulldogs enjoyed a +12 advantage on the glass. Ole Miss was driven by junior guard Breein Tyree, who had another huge game against MSU, going for 25 points and keeping his team in the game throughout.

Reggie Perry with three straight games in double figures for the 1st time in his career. #HailState? pic.twitter.com/tHhp0X9Kvk

Reggie Perry’s time at Mississippi State seems to have arrived, as the freshman followed up a huge night at Alabama with another career high today. Perry dominated on the offensive glass, leading to a +9 edge for State, and was a huge part in MSU’s 19-6 lead in second chance points. Perry also came up big from the outside, hitting two three’s in the final five minutes of the second half, one to give MSU the lead for the first time since the first half, the second to answer a Tyree three on the other end that seemed to give the Rebels life. Perry was a five star signee, now he’s playing like a five start for Ben Howland.

Q CONTINUES TO LEAD FROM THE FRONT

In what felt like a must win game, it should be no surprise that Mississippi State’s do it all senior Quinndary Weatherspoon delivered when the Bulldogs needed him. Weatherspoon consistently scored or got to the free throw line in the second half, as MSU turned a seven point deficit around into a lead around the midway point of the final 20 minutes. Weatherspoon finished with 25 points, including a clutch 8-9 from the line. Q has really carried the Bulldogs over the past few weeks, and if Perry can step up to give him a legit low post option, this team could finally turn into the squad that the preseason polls thought so highly of.

LSU has been red hot since conference play began, as one of two teams left unbeaten in SEC play. The Tigers are long and athletic, but guard Tremont Waters gives them a backcourt option that’s as good as anybody in the country. After the Tigers, State will welcome Kentucky to the Hump, so this could be a huge week if State can play the way it did today. As always, plenty to talk about on SportsTalk Mississippi and the Thunder & Lightning Podcast.