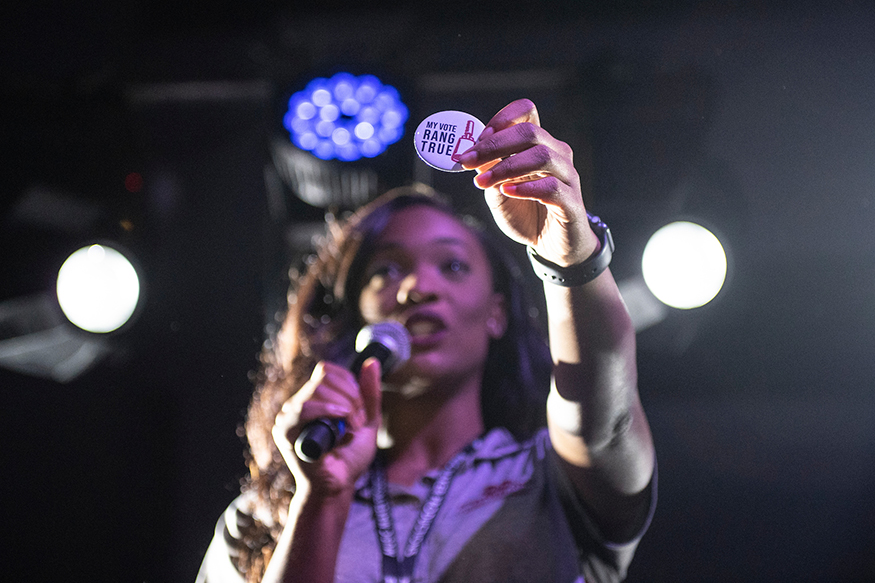 The designation recently was announced by NASPA – Student Affairs Administrators in Higher Education. MSU was the only Mississippi university, and one of only two Southeastern Conference universities, to receive the honor. The Voter Friendly Campus program requires campuses to engage their student body and promote voter registration and voting as part of their institutional mission.

“Our students learned more about the importance of their engagement in the process and the value of every single vote,” Hyatt said. “It’s our hope their engagement here at MSU will extend to their lives after college, where our students will decide to run for public office, serve on community-wide boards and be invested in the civic life of their neighborhoods and communities.”

MSU and the university’s Student Association hosted several voter registration drives, which were followed by events to encourage students to vote on Election Day. A free “Wrap the Vote” concert was held the night before Election Day and the Student Association organized a student walk to polling stations to vote the following day. MSU Parking and Transit Services provided shuttles to and from polling locations on Election Day.

“It is imperative that students at Mississippi State, and students across the country, become engaged civically and know that their voices and votes matters,” Emerson said. “This year, the Student Association placed a large emphasis on getting that messaging across to our students and we couldn’t be more excited about being designated as a Voter Friendly Campus. This is a large leap forward, but our work is not done. The Student Association will continue its work encouraging students to be engaged citizens on their campus, in their community, and in this country.”

“Institutionalizing voter engagement, registration, and turnout efforts on college campuses is no easy feat for institutions of higher learning, especially in today’s political climate wherein many communities are polarized,” said NASPA President Kevin Kruger. “With the second iteration of the Voter Friendly Campus program, we’ve learned that campuses that have been most successful in fostering a campus climate inclusive of democratic participation do so by intentionally including multiple facets of the institutions’ community in fostering the skills, knowledge, and dispositions supporting students’ civic agency.”

The Fight Against the Bump Stock Ban | @TheJTShow