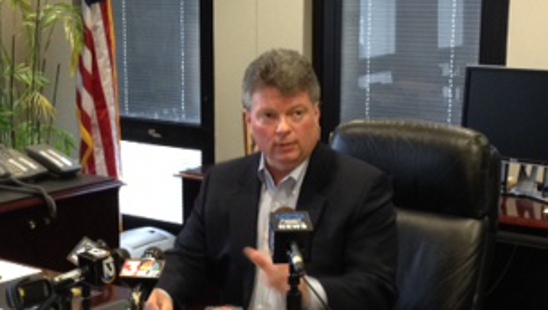 Juanita J. Goff, aka Janie Goff, age 67, of Hattiesburg was arrested Wednesday morning by investigators of the Attorney General’s Medicaid Fraud Control Unit with assistance from the Forrest County Sheriff’s Office and the Mississippi State Department of Health.  The arrest occurred at the Forrest County Circuit Courthouse where Goff had a scheduled court appearance before Judge Robert Helfrich on exploitation charges from her December 2012 arrest by the Attorney General’s MFCU.    Wednesday’s arrest alleges that Goff moved two people back into her unlicensed personal care home where both are alleged to have been found living in squalor, as they are alleged to have been in the earlier charges against Goff.
Goff’s co-defendant and nephew, Daniel Powell, age 31, pleaded guilty Tuesday to the same December 2012 charges.  Judge Helfrich withheld sentencing pending a pre-sentence investigation.

At the time the original crimes are alleged to have been committed, Goff was the owner operator of a personal care home. She and Powell were representative payees for the SSI benefits of residents residing in the personal care home.  In becoming representative payees for these individuals, Goff and Powell owed a fiduciary duty to the beneficiaries to ensure the funds were used to meet their needs.  The indictment alleges that Goff and Powell received and misused more than $21,000 in SSI benefits for five victims over a period of some eight months.

All of the  residents of the personal care home have been relocated to licensed facilities by the Department of Health, with assistance from Pinebelt  Mental Health Services.

Goff was booked into the Forrest County detention center and her bond revoked. If convicted, both defendants face up to 10 years in prison per count.

6-Year-Old Dies After being Shot in Head