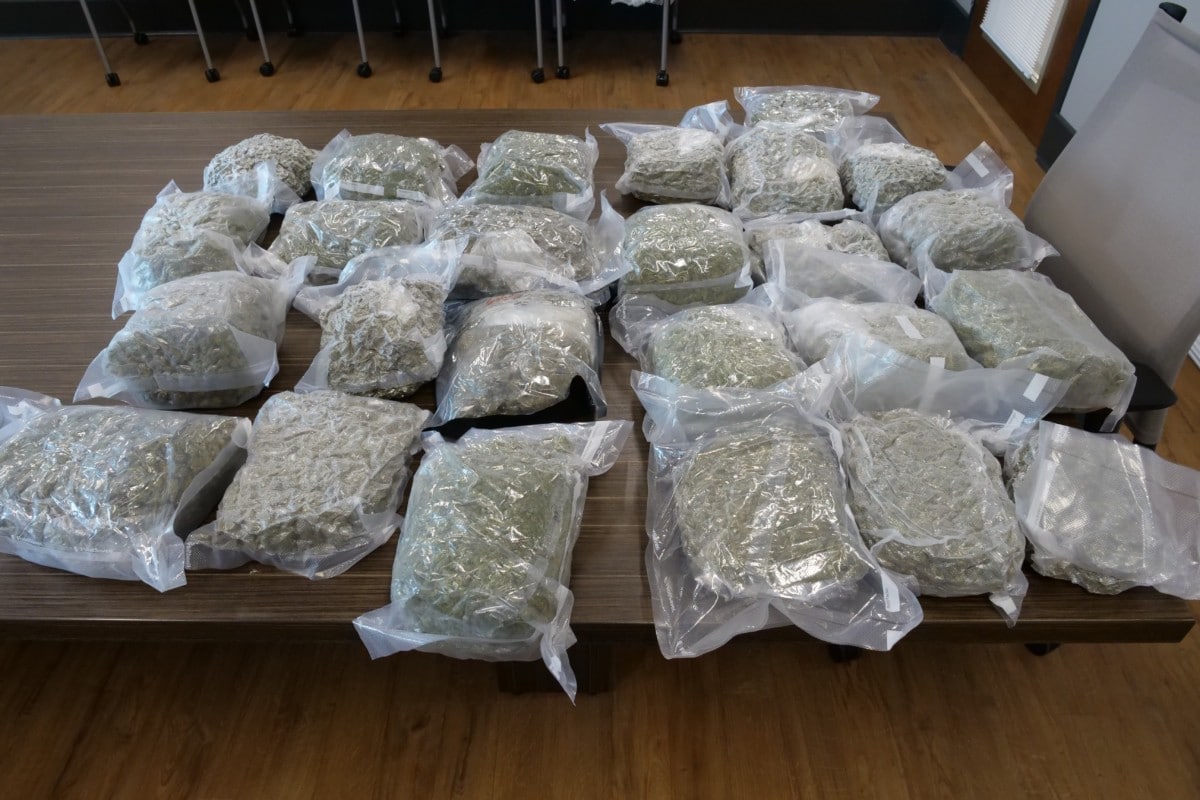 Photo courtesy of the Starkville PD

A man has been charged after a significant drug bust in Starkville.

The Starkville Police Department stated that 38-year-old Bennard Belk has been charged with drug trafficking after he was found with approximately 25 pounds of marijuana.

Officials noted that the drugs have an estimated street value of over $100,000.

In a press release, the Starkville PD thanked the postal service for assisting them in the investigation, but they did not specify their role.

“We would like to thank the United States Postal Service for their assistance in this incident,” the department said.

Belk had an initial municipal court appearance where his bond was set at $25,000.