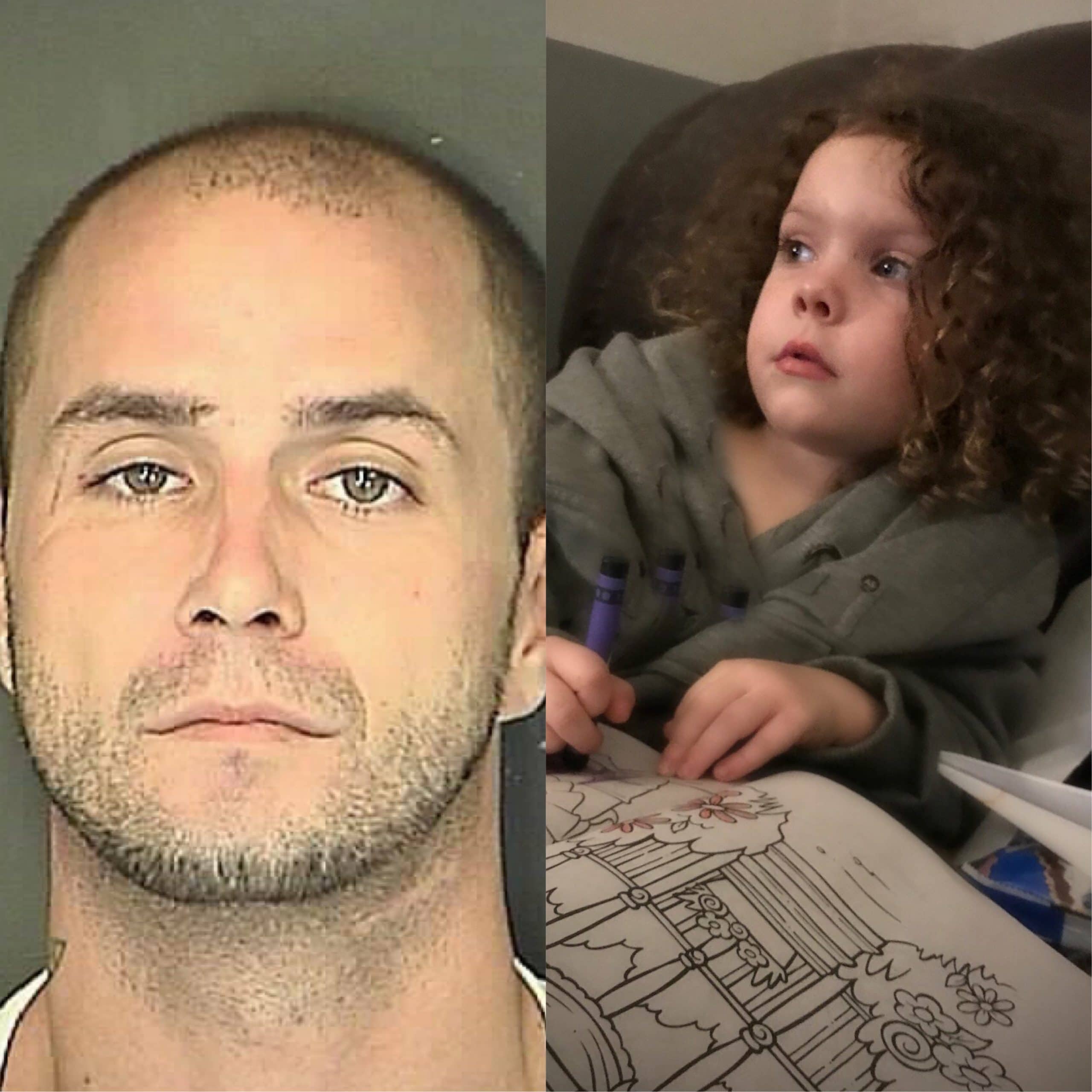 Thomas Lawton Evans from South Carolina has been arrested in Mississippi after he kidnapped 4-year-old Heidi Todd from her home in Charleston where her mother was found severely beaten.  Todd was reported missing at 5:50 p.m. on Tuesday, February 13th and Evans, her suspected kidnapper was on the run across state lines.  Heidi was located in Alabama the next day when police officers found the two near a railroad track sleeping near the woods. Evans gave the girl to the officer, however, he escaped and was on the run again before he was captured by law enforcement officers in Lauderdale County.

Chief Deputy Ward Calhoun with the Lauderdale Sheriff’s Department said that their 911 dispatch was notified by authorities in Alabama that Evans was approaching the Mississippi Alabama line. A Lauderdale County deputy then went to patrol the area. Deputies spotted the Evans’ blue 201 Chevrolet Malibu and followed him from I-20. Calhoun said that the vehicle then exited off to highway 45 north and went through Marion.

“They tried to stop him and he didn’t yield,” said Chief Deputy Ward Calhoun. “A pursuit then started that went through Meridian to highway 39. That is when the meridian PD joined the pursuit and MHP got involved.”

Calhoun said the pursuit lasted 20-25 minutes and speeds got up to 100 mph. Evans was ultimately captured when he crossed into KemperCounty, and into DeKalb where he turned onto a side street that was a dead end. The vehicle crashed into a small tree. Evans was taken into custody by the Lauderdale County officers.

Evans was charged with felony fleeing and various traffic charges in Lauderdale. He was held for the FBI, they arrived Thursday morning and will be taking over the investigation. Evans was later released into the FBI’s custody.

“We are incredibly proud of our first responders in the events that unfolded yesterday,” said a statement from Riverside City Hall in Alabama. “We are also thankful for those that contributed behind the scenes. From the railroad worker with an attentive eye to the on and off-duty Police Officers that pursued the suspect at high rates of speed, to the Magistrate that provided a semblance of normalcy by coloring in a color book for hours, to the good Lord above, and everyone in-between… we are grateful for you all.”

Another Candidate for Congress