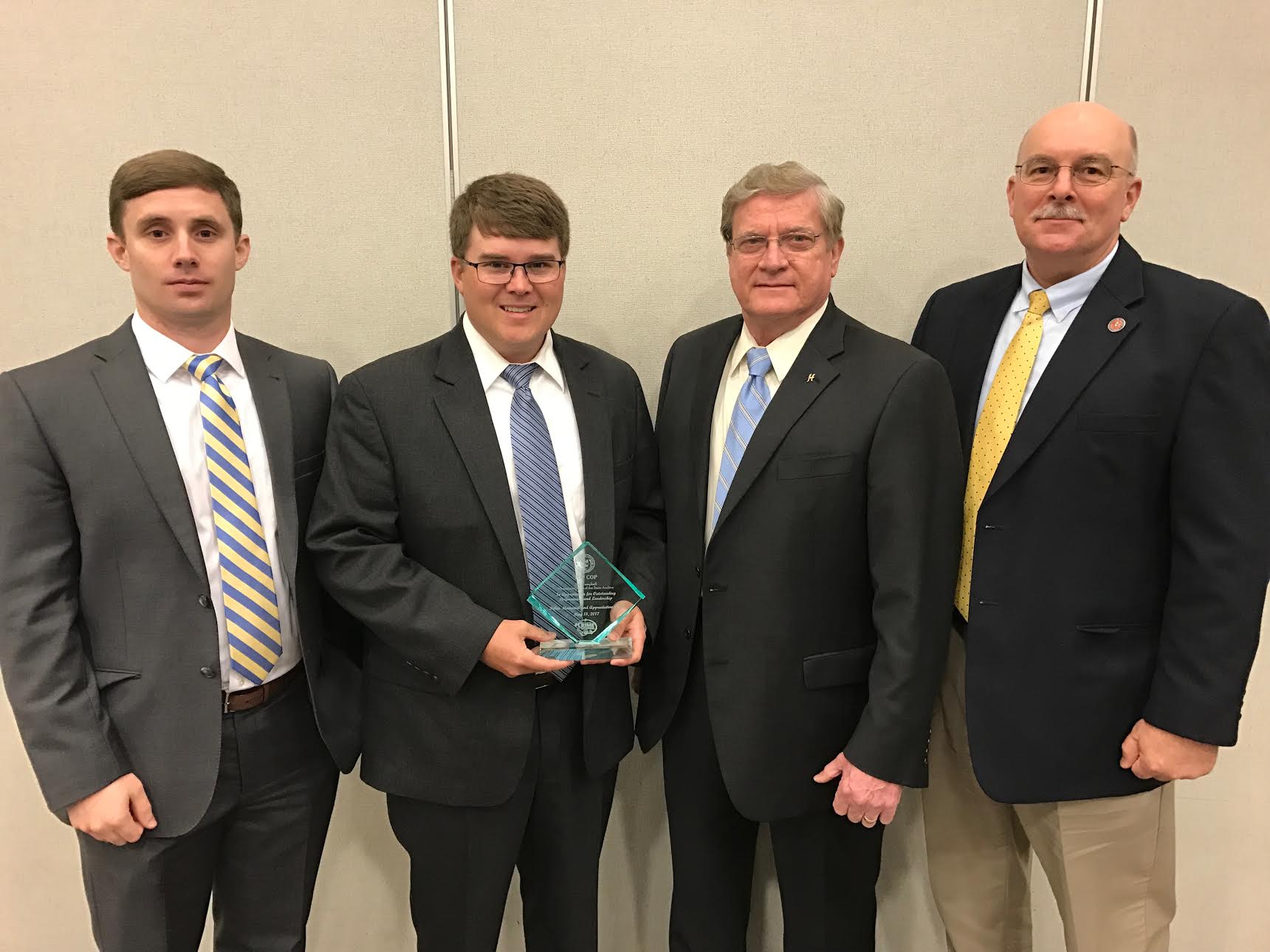 Special Agent Josh Camp was awarded with “Top Cop” honor on Thursday, May 18 at the Mississippi Trade Mart.

Campbell is a resident of Belden, Mississippi and first joined the Office of State Auditor, County Division in 2011 after graduating from Ole Miss. He was later transferred to the Investigations Division and Graduated from MLEOTA.

Campbell was part of the three-person team investigating public corruption in north Mississippi. The team found over 600 potential criminal actions against one public official and received 259 indictments for the investigation.

“Special Agent Campbell’s leadership skills combined with his work ethic and attention to detail earn him the title of ‘Top Cop’,” said State Auditor Stacey Pickering. “We are fortunate to have him serve in our office as we work to protect Mississippi taxpayers.”