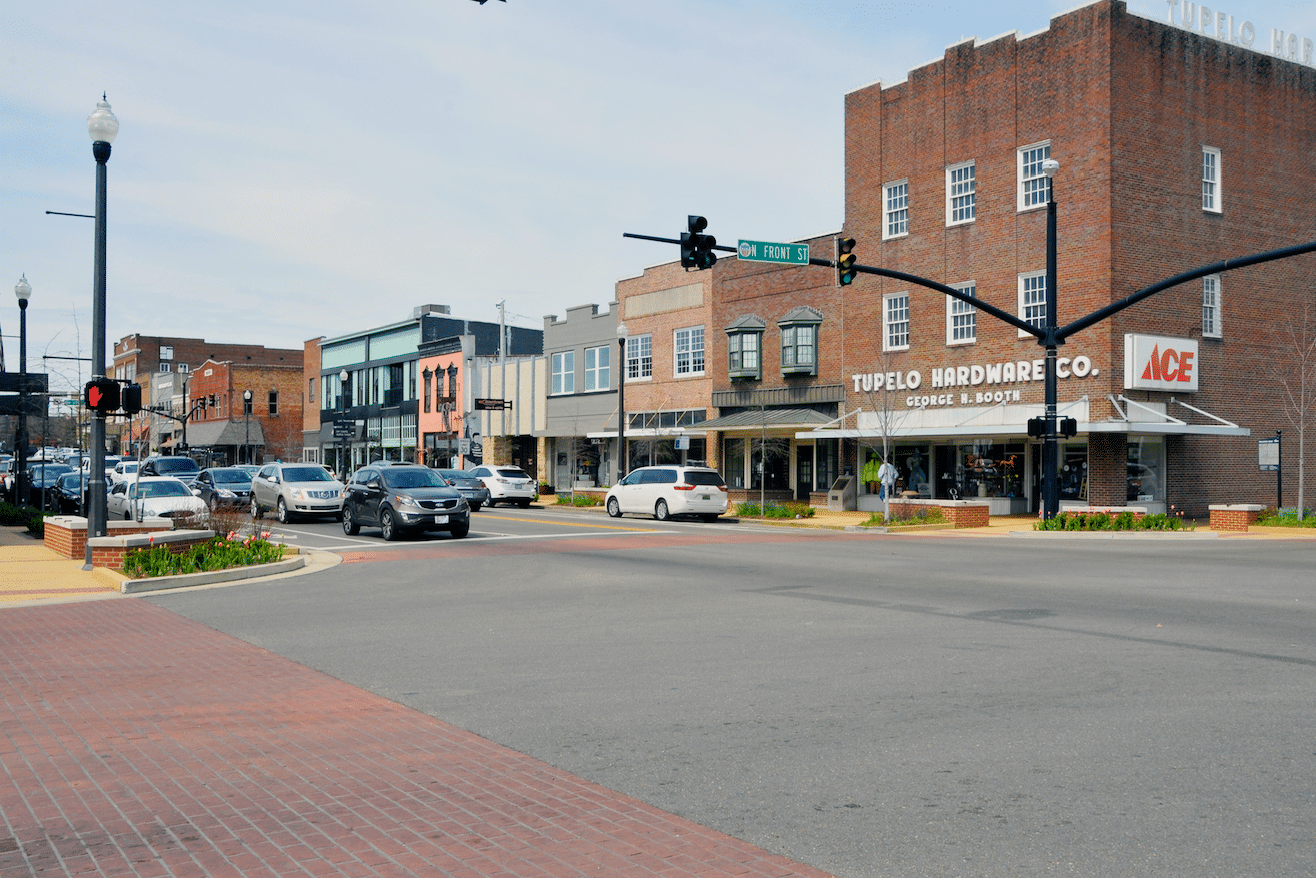 Tupelo and the New York Times are at odds over the direction of the north Mississippi city.

The NYT’s article paints a picture of a crumbling economy and attempts to outline the driving force behind Lee county’s overwhelming support for Donald Trump in the 2016 presidential election. The president won the county by more than 38% over Hillary Clinton.

“Tupelo fell hard for Donald Trump. The blue-collar enclave in northeastern Mississippi — birthplace of Elvis Presley and the American Family Association — was once home to a vibrant business in upholstered furniture. But as Chinese imports flooded in, the local economy buckled.

There are fewer jobs in Tupelo today than there were at the millennium. Middle-income families are making almost 20 percent less, after inflation, than they did then. Mr. Trump’s offer to build a wall against Chinese imports was just what Tupeloans wanted to hear.” – NYT

It’s been over a year since the election, and Eduardo Porter and Guilbert Gates (authors from the NYT) say that the citizens in Tupelo are not seeing the return on their investment in President Trump. They say that the tariffs on steel and aluminum threaten the city’s livelihood because of the imbalance between companies that produce the materials, and those that use them.

The writers also referenced an analysis that shows a wide discrepancy, stating that just 95 people are employed in steel & aluminum producing industries while nearly 21,000 people “work in industries that consume either metal.”

“For every job in Tupelo producing steel or aluminum, there are 200 jobs in industries that consume them that could be put at risk as tariffs push up the prices of these metals, according to research from Jacob Whiton and Mark Muro of the Brookings Institution.” – NYT

The article also specifically references the Toyota plant in nearby Blue Springs and it claims that the tariffs could kill up to 40,000 jobs in the auto industry.

A response from Tupelo’s Community Development Foundation paints a different picture of the city and its future saying that the NYT’s article contains “misleading information” about the city’s economic outlook. David P. Rumbarger Jr., CEO, crafted the response and stated that the article only provides a snapshot of the city’s economy from 1990-2007 and doesn’t factor in recent numbers.

Rumbarger also stated that the response is not meant to be political, but they just wanted to set a few things straight. Below are a few examples of the growth that the organization pointed to, in addition to the city’s unemployment rate resting at 3.9 % – its second lowest in 27 years.

The Tupelo micropolitan area has been recognized as a top ten micropolitan (out of 575) in the United States for economic activity eight times since 2007.” – CDF

Rumbarger also said that they were never contacted by the authors of the article. You can view the Community Development Foundation’s full response below:

Hattiesburg man convicted for human trafficking of a child