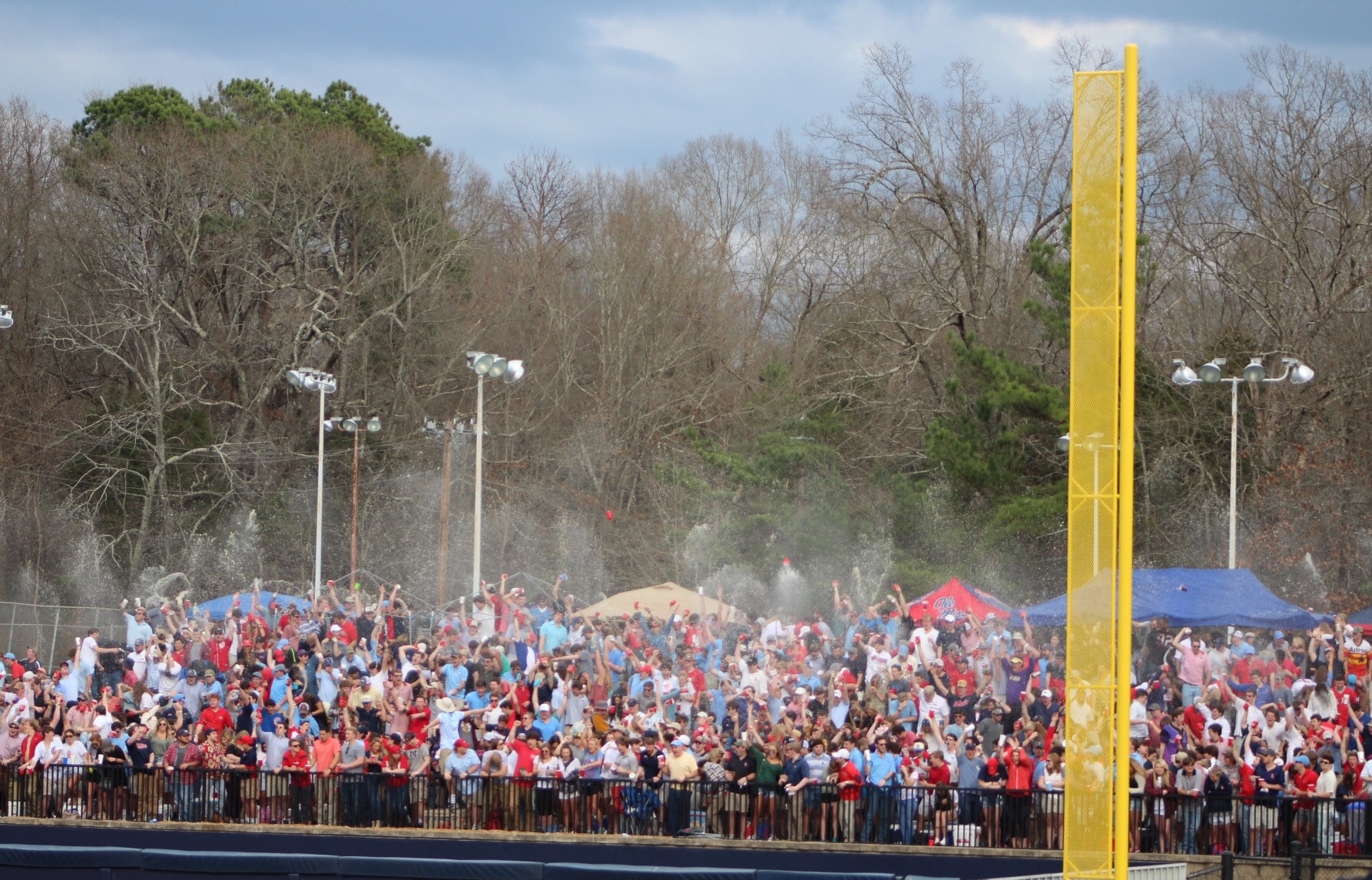 The matchup between #14 Southern Miss and #4 Ole Miss in Oxford last night did not disappoint.

The Rebels trailed 5-0 after 3 innings but stormed back to improve to 23-3 on the year and 17-1 at home, thanks in large part to a 3-run home run from Thomas Dillard in the 7th inning.

The Golden Eagles were able to chase Rebel starter Jordan Fowler after just five batters and grabbed a 4-0 lead with a few hits and 3-run home run from 1B Hunter Slater. Mike Bianco went to his bullpen, and Houston Roth came in to quiet the USM bats. Roth would allow a solo shot to Slater in the 3rd inning, but that’s all as he gave the Rebel offense time to build their comeback.

They cut into their 5-0 deficit in the bottom of the 4th inning thanks to DH Chase Cockrell, who leads the team with a .421 batting average. Cockrell drove in two runs with a double and later scored on a wild pitch. Roth continued to work on the mound to keep the score at 5-3, until the 7th inning when Ole Miss took control with Dillard’s 7th home run of the season. Nick Fortes had driven in a run before Dillard stepped up to the plate, so the Rebels held a 7-5 lead at the end of the inning.

The Rebels’ save leader, Dallas Woolfolk, came in as the setup man in the 8th and did not allow a run, and Bianco then turned the ball over to Parker Caracci for the 9th. The Golden Eagles were able to plate one run and had two on with two outs and a chance to tie or take the lead. Slater stepped into the batter’s box, already with 2 HRs on the day, and drove a pitch to centerfield, but it was caught at the wall and the Rebels held on for the win.

Going into the game, the Rebel bullpen was one of their strengths matching up against USM’s high powered offense which scores an average of 9 runs per game. Ole Miss was able to take this one, but both teams proved that they’ll be a force to be reckoned with as the season progresses.

USM won’t have to wait long for their chance at revenge as these two teams will meet at Trustmark Park in Pearl on April 10th for a neutral site matchup.

Both squads return to conference play this weekend and Ole Miss has no time to celebrate this win as they welcome #5 Arkansas to Oxford this weekend. Rice heads to Hattiesburg for a 3-game series against the Golden Eagles.