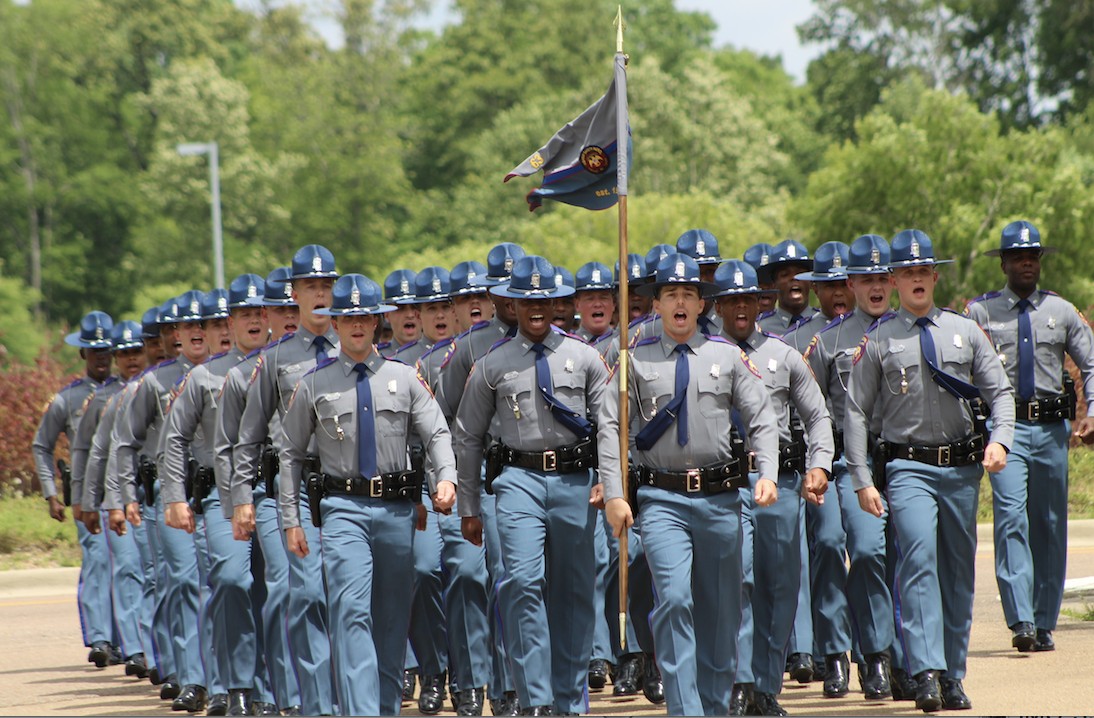 44 troopers have joined the ranks of the Mississippi Highway Patrol after 22 grueling weeks away from their families at trooper school, and today, they were celebrated at a graduation ceremony.

Cadet Class 63 began in early December 2018 with nearly 90 cadets, but 44 stood tall today as the ones that made it all the way through after months of physical and academic training. The class was made up of former police officers, soldiers, landscapers, nurses, a minister, and many others.

“All walks of life,” Commissioner of the Department of Public Safety Marshall Fisher said.

Cadet Class 63 consisted of 40 men and 4 women – the most in the history of the Mississippi Highway Patrol.

Governor Bryant delivered the commencement address to the class and praised the new troopers for their perseverance and commitment to keeping Mississippians safe.

“Your life has changed, but you will change the lives of so many. You will save lives. You may have to intervene in situations of danger, and we pray for your safety,” Governor Bryant said during his remarks.

To watch the full ceremony, click on the video below.

Class President Landon Orozco spoke of the milestones they reached along the way, and how their bonds grew stronger with each one. After the ceremony, new trooper Fletcher Trask said that while it was difficult to be away from family for so long, the bond with his classmates helped get him through the tough times.

“The greatest memory that I took from this process was the ability to meet new family members that come from all different backgrounds. We were able to find new brothers and sisters to call family,” he said.

Trask spent 5 years with the Rankin County Sheriff’s Office prior to joining the MHP. In addition to being the ‘Squad Leader’ for the ‘Third Squad’ in the class, Trask also won the ‘Firearms Award’.

As the new troopers enter the next phase of their training, Commissioner Fisher was proud to see them walk across the stage.

“With all the controversy that goes on in the country today, we don’t see a lot of positive stories, and we don’t realize how many good people are out there doing the right thing for the right reasons without the recognition that they deserve,” Fisher said. “Seeing what I saw today, it puts a lump in my throat.”

The troopers will now begin 12 weeks of on-the-job training with ‘field training officers” in their assigned counties.

The 44 new troopers will bring the MHP up to 525 troopers on the road, but there are more than 20 that are set to retire. With that said, applications are already being taken for Cadet Class 64.

Following the graduation of Cadet Class 62 in March 2018, Fisher said that traffic fatalities are down and he attributes that to the presence of more state troopers.

“Our citizens need to feel safe when they’re on the highway, people need to observe the speed laws and we know that their presence will save lives over time,” he said.

On this day in 1991, baseball history was made…. twice