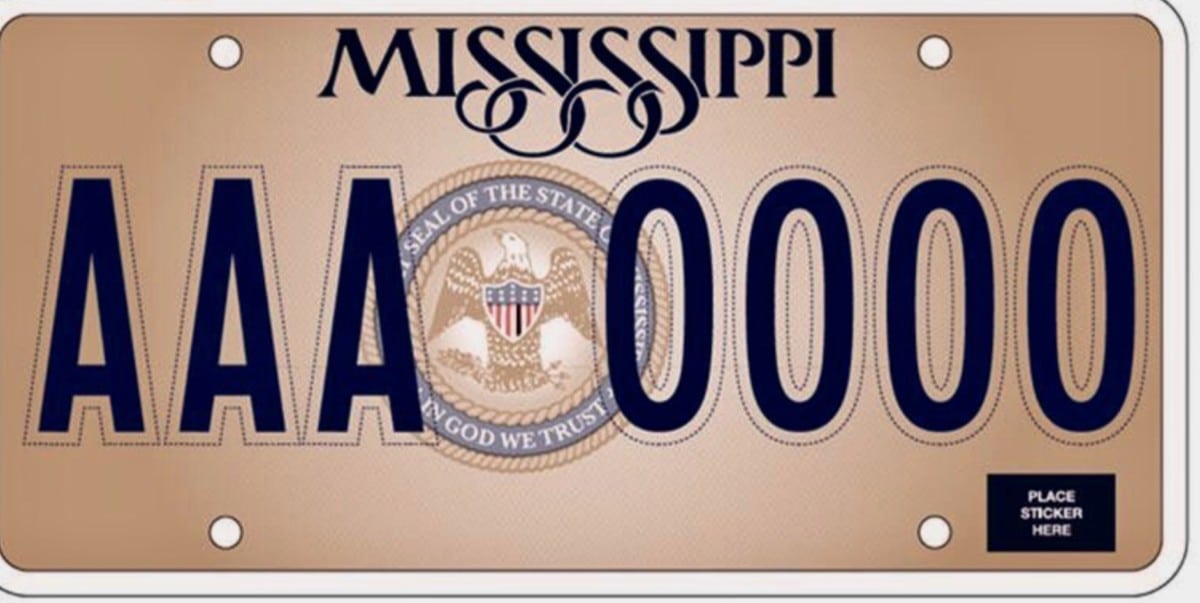 An activist group in D.C. is threatening to take legal action over Mississippi’s license plate.

The American Humanist Association is demanding that Mississippi officials make license plates without the phrase “In God We Trust” available to motorists at no additional cost.

The phrase was added to the default Mississippi license plate in January, and the organization states that motorists should be able to choose another option without paying a fee.

The organization explained that they work to protect the rights of humanists, atheists, and other nontheistic Americans, and said that the inclusion of the phrase on the standard license plate is a violation of the first amendment.

“Beyond violating the Free Speech rights of non-theistic Mississippians, compelling such citizens to display “In God We Trust” or pay a penalty contravenes the Religion Clauses of the First Amendment,” the AHA said in a letter sent to Attorney General Jim Hood and Revenue Commissioner Herb Frierson.

The AHA said that the letter serves as a “final warning” and that “if no alternative is provided and Mississippians are forced to display ‘In God We Trust’ or pay an additional charge”, they would seek recourse in federal court.

In response to the AHA’s demand, Governor Bryant tweeted that the use of the phrase has been upheld on numerous occasions.

“[‘In God We Trust] has been the official national motto of the United States since 1956. It is printed on all U.S. currency,’ he tweeted.

In Aronow v. the United States, a man attempted to challenge the use of the phrase on U.S. currency, but a court ruled that “it is quite obvious that the national motto and the slogan on coinage and currency ‘In God We Trust’ has nothing whatsoever to do with the establishment of religion.”

In the AHA’s letter, they included an example of a ruling related to the issue of the use of the phrase on currency as opposed to a license plate.

“Speech on a license plate is sufficiently linked to the driver of the automobile displaying the license plate to raise compelled speech concerns.” Cressman v. Thompson, 719 F.3d 1139, 1157 (10th Cir. 2013).

They also eluded to a Supreme Court ruling that they believe makes their case.

“In fact, controlling Supreme Court precedent makes clear that a state cannot force someone to display a particular message on his or her license plate. In Wooley v. Maynard, 430 U.S. 705, 714 (1977), the Supreme Court affirmed that the First Amendment protects “both the right to speak freely and the right to refrain from speaking at all.” A “state measure which forces an individual, as part of his daily life—indeed constantly while his automobile is in public view—to be an instrument for fostering public adherence to an ideological point of view he finds unacceptable” violates this latter right.”

“An out-of-state activist atheist organization is trying to force Mississippi to change our license plates because it includes our country’s motto: “In God We Trust.”

Guess what, in Mississippi, we do trust God. And I trust God will help them realize just how foolish it is for this atheist group to try to force their political correctness nonsense on our great state,” Reeves said.

The AHA said that they would ask the state to adopt a “neutral design” for a new license plate, but they would also accept an alternative plan that makes other options available at the standard-plate rate.