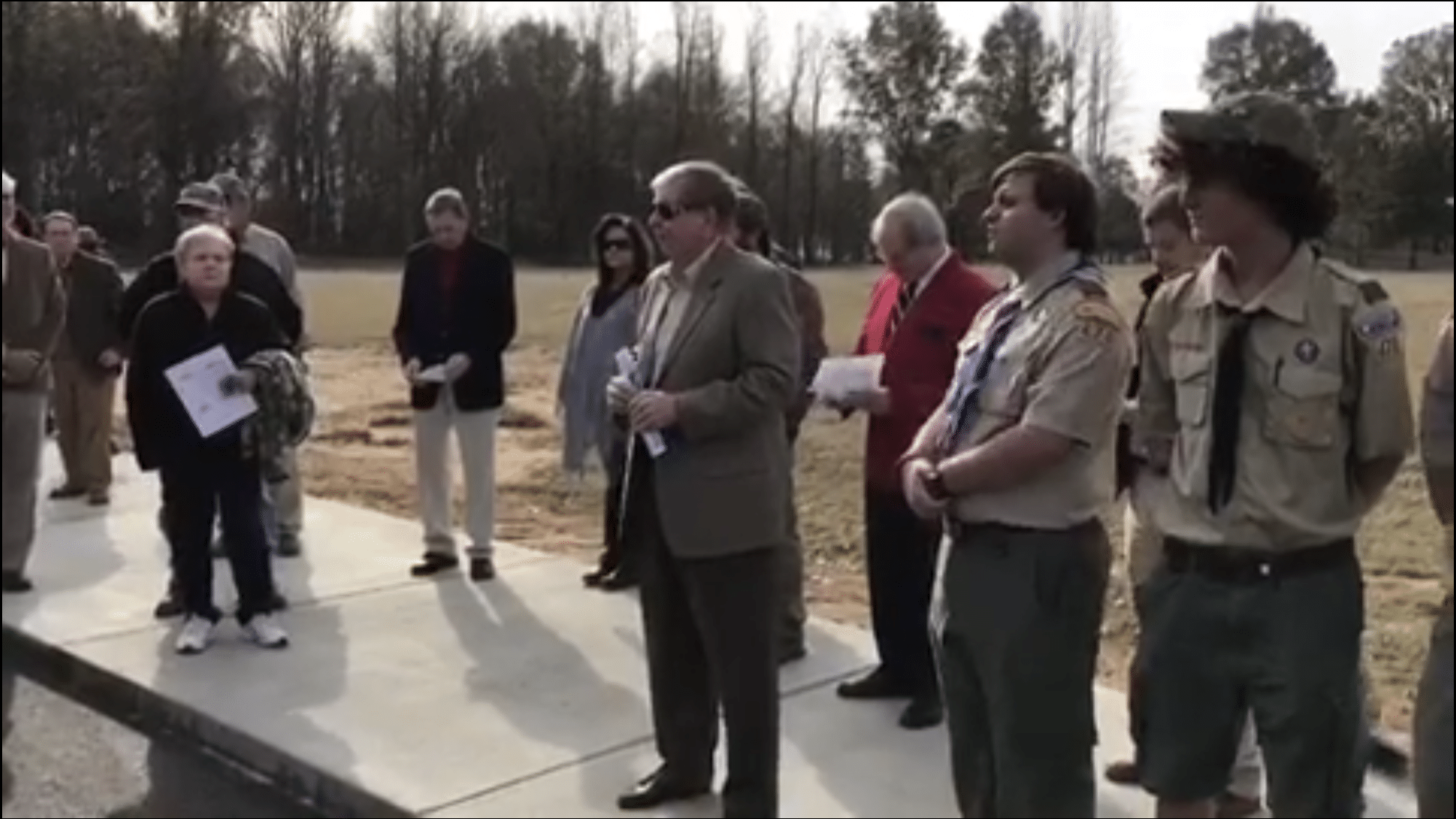 The City of Batesville dedicated a Native American Mounds site last week. The site is located on Highway 35 North just west of the I-55 exit.

Batesville’s Mayor Jerry Autrey said that everything came together to make the Batesville mounds happen. He added that the Indian mounds will be a great opportunity for kids to get involved in nature.

“A lot of these kids are getting into the drones now,” said Batesville Mayor Jerry Autrey. “They can be out in the wide open, get back in the woods if they want to and look at nature. The boy scouts, this is really great for them. They won’t have to go 20-30 miles now to camp out.”

Batesville City Engineer Blake Mendrop said that when the Industrial development donated the land, the process kicked off.

The site is situated on 90 acres bordered by the Tallahatchie River. It is an official part of the Mississippi’s Mounds’ Trail map.

Gary Kornegay was a key individual who helped set aside land previously designated for Industrial usage and said that the area is a beautiful sight that he is grateful everyone will be able to enjoy.

The area was once inhabited by ancient people as long as 2,500 years ago.

The Batesville Mounds site once consisted of six or seven mounds, three habitation sites and two villages that were home to Native Americans of the Early and Middle Woodlands period.

Nikki Mattson, Ole Miss Grad Student in Archeology, who helped with some research for the site said that she is currently cataloging over 2,500 bags of artifacts that they currently have at the University of Mississippi.

However, the Mounds are not the only thing happening in Batesville. John G. Nelson with the Panola County Genealogical and Historical Society said that the Mound dedication is only a portion of their overall project.

Nelson said that they are looking to build a museum in Batesville to compliment the Mound site.