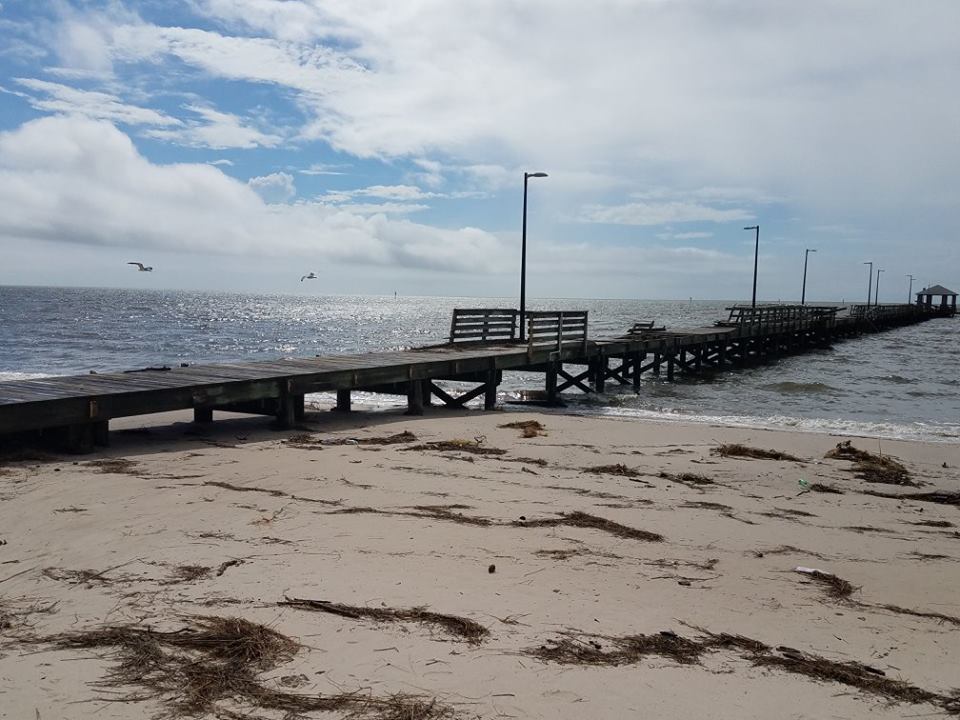 The Gulf coast is doing clean-up work and damage assessment today after Hurricane Nate made landfall over the weekend.

“What we are asking our residents to do is move the debris that may have accumulated in their yards, we are asking them to move out to the curb, and what we have right now is a number of our public works people here in Biloxi are out picking up what we can right now to try and get that stuff moved from our curbside,” said Vincent Creel with the City of Biloxi.

He said that they are looking at the possibility of bringing in a contractor to help with the clean-up.

“We have a standby contract, already with a contractor that says we want him here right in the wake of a storm to begin picking up debris and that is something that we look to engage should there be federal funding to help reimburse us for that. That is one of the driving factors,” said Creel.

However, Creel said that overall the damage is minor in the grand scheme of things.

“Everybody got through this great when you consider that earlier in the week we had thousand of people here, 8,200 vehicles from across the country were in our city, in addition to that, we had probably close to 1,000 RV’s all along the coast,” said Creel. We know we had 700 right here in Biloxi that were primarily along the waterfront, so that was one of the big concerns that we had going into this, and we are happy to say that all of them moved out Saturday morning before the onslaught of the storm.”

The city said that the biggest damage to Biloxi has been on the waterfront, with the public or private, beaches, marinas, and harbors getting the brunt of the hurricane’s wrath.

Biloxi City inspectors are continuing to perform damage assessments, and the City said that the Community Development Department needs to know as soon as possible about any structural or flooding damage your property sustained in Hurricane Nate.

Inspectors have conducted drive-by Hurricane Nate damage inspections of public and private property, but the property may have sustained damage not visible from the street.

“In preparing the necessary damage assessment documents to submit to MEMA and FEMA, we want to ensure that all damage is included and that no property owner who received flood or storm damage is left out,” said Creel. “Because of the serious time pressure involved in the damage submittals, sometimes the windshield assessment performed by our inspectors does not identify interior damage or damage to the rear of structures.”

He said that they haven’t put an exact number together yet, but that they are asking residents to report any damage that has been done to either their residential or business properties so that they can better assess the damage.

Creel said that they will take all of the numbers, add them up and then take that figure and turn it in to state and federal authorities who will then make a decision on the federal level.

“These are just issues that we work through after every storm and we are happy to say that this one was not as bad as it could have been,” said Creel. “It is a little more than a nuisance, in that we do have some damage at some of our waterfront facilities, that being primarily, peers, harbors, and marinas. We are assessing that damage right now, to put a dollar figure on it so that those are all numbers that come into play on whether or not there is a disaster declaration, which means there would be public funding and public assistance available to help the city rebuild and repair some of their facilities.”

Property owners who have damage should call the city’s Community Development Department to arrange for an inspection. Call (228) 435-6280 or email building@biloxi.ms.us