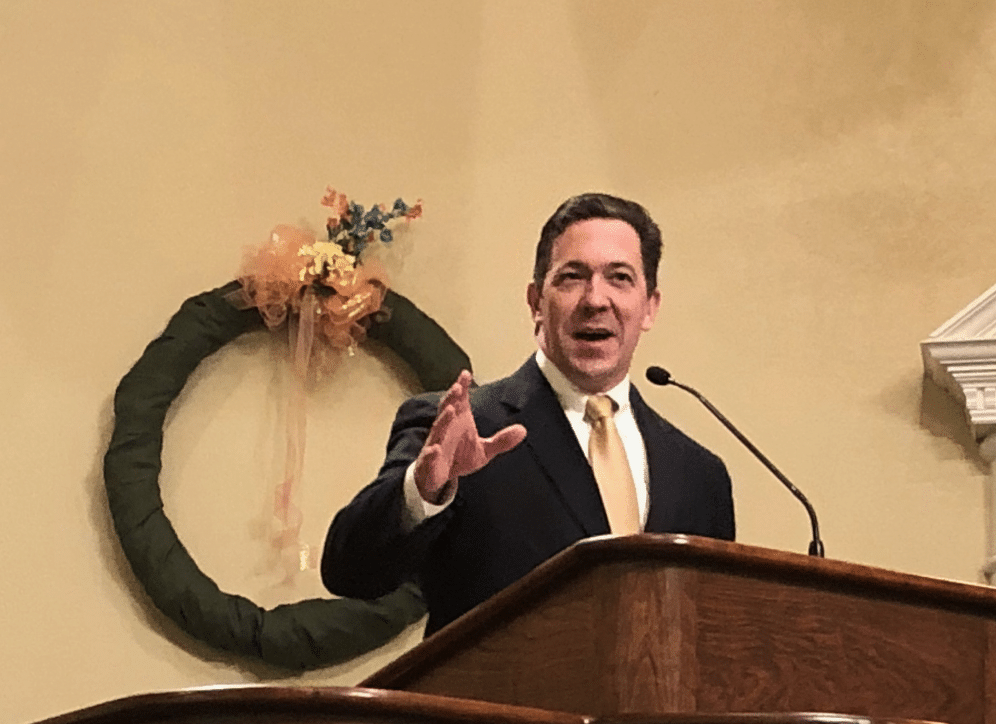 State Senator Chris McDaniel was set to run against incumbent Senator Roger Wicker in the 2018 election cycle, but Thad Cochran’s retirement has thrown a wrench into that plan.

In a message posted to his campaign’s Facebook page, McDaniel announced that he will switch and instead run for Cochran’s vacated seat. McDaniel’s announcement can be read below:

“I wanted you to be among the first to know that I will run for the United States Senate seat being vacated by Senator Thad Cochran. The seat will become open on April 1, the date of Cochran’s retirement.

The open seat is the same seat we competed for in the 2014 Republican primary where our campaign received the most votes with 49.5 percent of the total. Cochran, as you well know won re-election after 40,000 Democrats voted in GOP run-off giving him a win by just over 6,000 votes.

Now Cochran’s departure from the Senate will trigger a special election to fill his unexpired term. I’ve heard from many of you who have been giving me a lot of encouragement to run for the open seat. I’ve listened and concluded that an open seat is the best path to win election to the United States Senate.

When you look at how the establishment works to keep conservatives like Mo Brooks from winning a US Senate seat only to lose the seat entirely, you have to conclude that Mitch McConnell and his lieutenants would rather lose a seat to a Democrat than elect a conservative. I can tell you that if they interfere in this open seat, it will get very expensive, really fast. And with Republicans attacking each other, it could open up the door for another Democrat victory.

Remember, in the recent Alabama election Mitch McConnell’s PAC, the Senate Leadership Fund, alone spent more than $8 million to target conservative Congressman Mo Brooks. That effort led to Roy Moore winning the Republican nomination and being beat by Democrat Doug Jones, the first Democrat to win a US Senate seat in conservative Alabama since Richard Shelby, now a Republican, won in 1992. Yet, Mitch McConnell turns around and blames conservatives for the loss.

This is where I am going to need your help. By announcing early, I am asking Mississippi Republicans to unite around my candidacy and avoid another contentious contest among GOP members that would only improve the Democrats’ chance of winning the open seat. If we unite the party now and consolidate our resources, we can guarantee Donald Trump will have a fighter who will stand with him.

Together we can go into November united against Democrats. Why have another intra-party fight? That makes no sense. Let’s focus on defeating the Democrats and win.”

After Cochran announced his retirement, McDaniel released a statement saying that he was focused on his race against Wicker, but left the door open for switch.

“While it is certain that Mississippi will have two US Senate races this year, I am currently focused on my campaign against Roger Wicker, but all options remain on the table as we determine the best way to ensure that Mississippi elects conservatives to the United States Senate.”

Cochran’s retirement becomes official on April 1st. Governor Bryant will appoint a temporary replacement before the election is held. Whoever fills the seat will serve the remainder of Cochran’s term which ends in 2021.