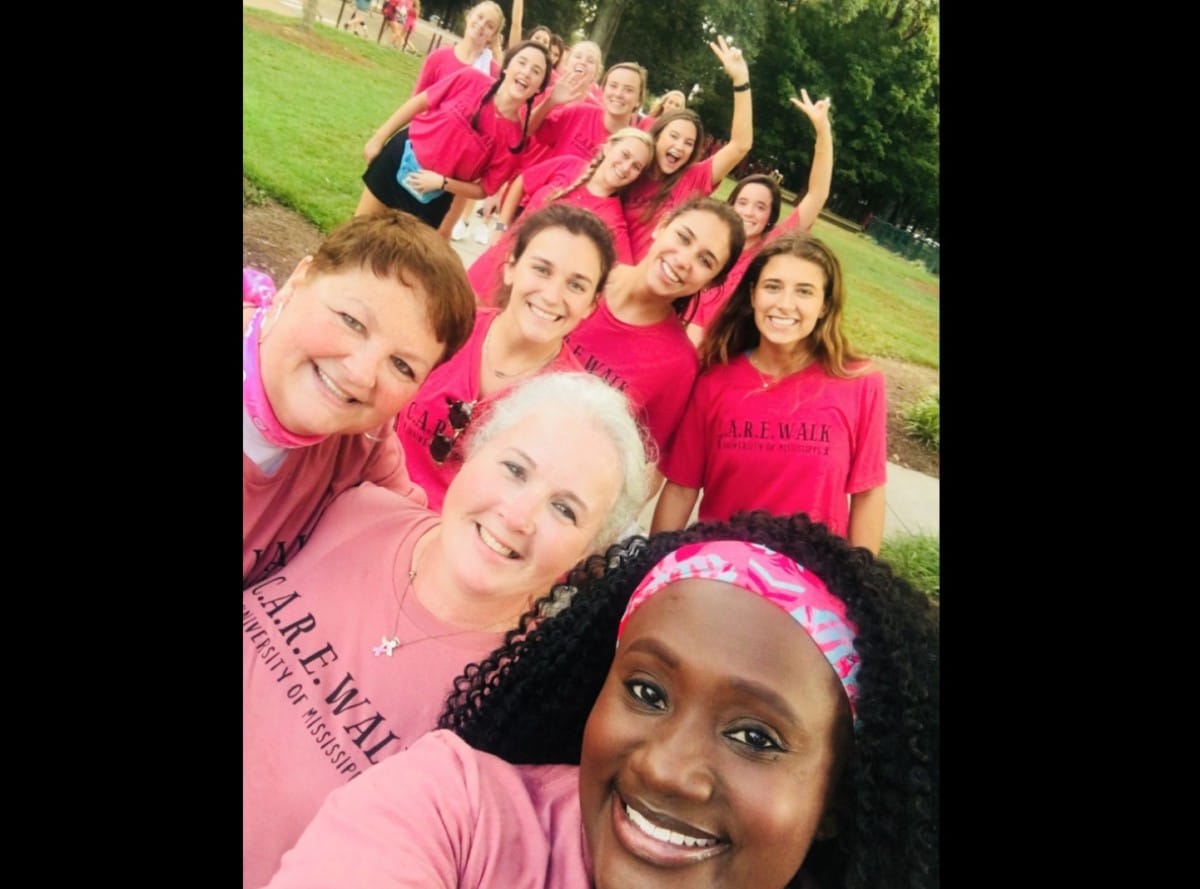 A breast cancer survivor who is determined to make a difference for north Mississippi women is organizing a charity walk this weekend in her hometown of Calhoun City to help patients get to doctor appointments and treatment centers.

Precious Thompson, administrative coordinator in the Small Business Development Center state office at the University of Mississippi, is hosting the Power of Pink Walk on Saturday, October 27th, at Calhoun City Park. Active in several other efforts to raise awareness about breast cancer and to help fund research and treatment efforts, Thompson said this project is more personal.

“When I was sick, Tammy Tutor Tallant, former Calhoun Cares charity operator, donated a $25 gas card for every doctor’s appointment I had,” said Thompson. “That helped me so much because all of my doctors were at least a 30 to 45 minute drive from my house.”

Thompson said she wants to help others because it meant so much to her when she was going through treatments.

Since being declared cancer-free in December 2015, Thompson has maintained a busy schedule in her advocacy efforts.

She regularly works with Baptist Memorial Hospital-North Mississippi in Oxford to speak with women and spread the word about breast cancer awareness. This month, which is National Breast Cancer Awareness Month, she has completed six speaking engagements and participated in the annual Cancer Awareness Research and Eradication Walk on the Ole Miss campus.

CARE Walk, sponsored by the UM Panhellenic Council, began 14 years ago and has become the council’s largest philanthropic event. With support and donations from many Oxford businesses and campus organizations, the event raises money for the North Mississippi Cancer Center.

Thompson is working on a bachelor’s degree in social work from the university. Besides working full time and attending college, she also serves on the Calhoun County School Board and the UM Staff Council and manages the Calhoun County Prancers, a competitive dance team of 35 girls.

Thompson was 43 years old in 2015 when she called her doctor about a painful mass in her right breast. The mother of four had a clean mammogram only a few weeks earlier and no history of breast cancer in her family, so she wasn’t worried.

The lump was soft and painful, instead of hard and painless like she’d heard cancerous lumps are. When it didn’t go away in a few weeks, she went for a checkup that led to a biopsy-lumpectomy. During the follow-up visit, the doctor informed her that she had a rare form of cancer, stage 2 invasive ductal carcinoma.

Thompson took the news in for a moment and then asked about her next steps, how was she going to get her health back. “What is the plan?” she wanted to know.

The doctor said he’d never seen anyone react like that so soon after being diagnosed with breast cancer. She didn’t cry a single tear, but friends and family say this is typical of Thompson, never dwelling on a problem, focusing only on how to get to the solution.

Thompson had her right breast removed in December 2015 and began a yearlong regimen of chemotherapy and radiation. She lost all her hair and fingernails. Before losing her long hair, though, she cut and donated her ponytail to Locks of Love, a nonprofit that provides wigs for children who have lost their hair because of illness.

“It was hard to lose my hair,” Thompson said. “I loved my hair but I wanted to be able to donate it, so I went ahead and cut it short.”

Not long after that, Thompson had her sister shave her head. Her sister cried, but Thompson didn’t.

A positive attitude and lots of support and prayers from her family and church carried Thompson through 2016, a hard year of treatments. The chemo made her sick and extremely tired, and 33 straight days of radiation burned her skin.

She forced herself to eat and kept up appearances in front of her children, but it was a difficult time. Treatments were on Thursdays so she could recover over the weekends and be back at work on Monday, sometimes Tuesday.

“You can’t let it stop you; you have to keep on being involved in life,” Thompson said. “I refused to stop working.”

Thompson’s tenacious spirit and positive attitude touched everyone she knew during this time.

“Precious amazed me with her strength and perseverance during her diagnosis, surgeries, treatment and recovery from breast cancer,” said Judy Forester, interim director of the Small Business Development Center. “She never let it define her. Her smile and positive spirit are compelling to all who know her!”

It’s been three years since Thompson learned of her diagnosis and had surgery. Recent scans indicate that she remains cancer-free.

When asked what she learned from having cancer, she said she believes this experience is all about her being able to help others.

“When I speak at events, sometimes I get emotional looking back on it all, but I still haven’t cried,” said Thompson.

She said she knows that God is using her.

“Eight people contacted me since I have been speaking and told me they went to get mammograms, found cancer and had it treated,” Thompson said. “They are all alive today.”

The Power of Pink Walk is scheduled for 9 a.m. this Saturday with all proceeds going to help local residents get to the many medical appointments required for fighting cancer. The event has no entry fee, but participants are asked to order a pink T-shirt or make a donation.