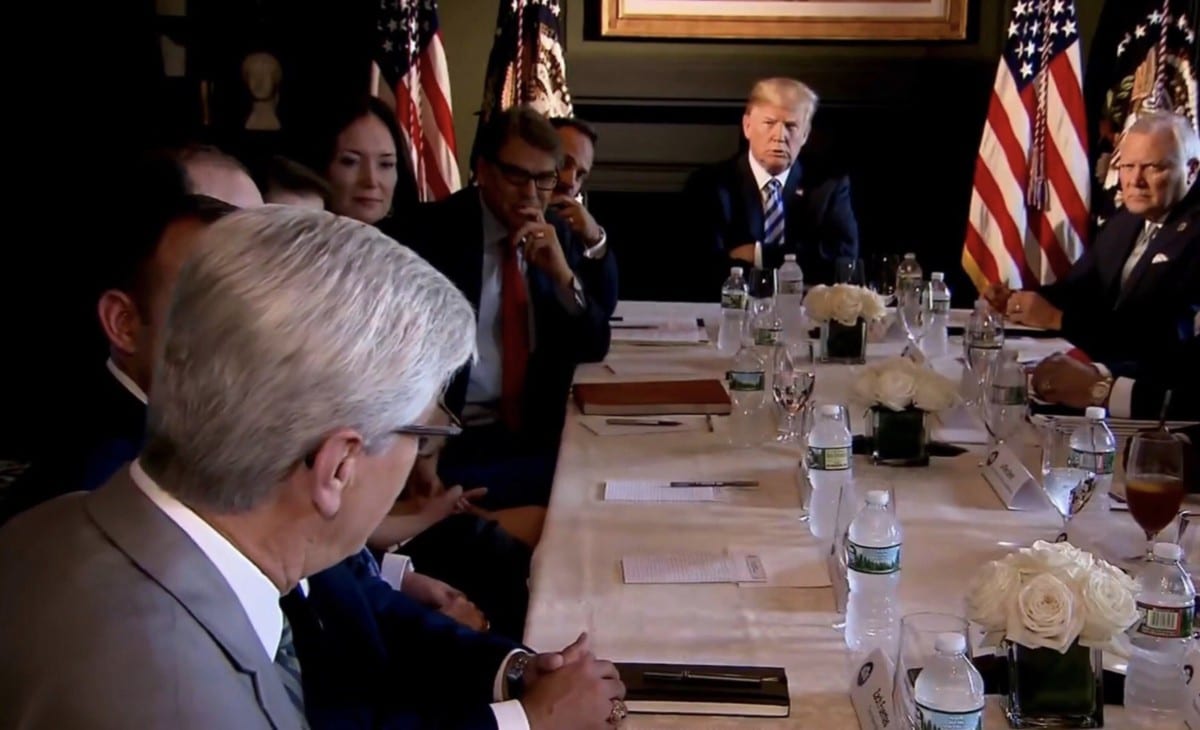 Governor Phil Bryant met with President Donald Trump this week during a roundtable discussion on prison reform. During the meeting, Bryant shared Mississippi’s successes with the President saying that since 2014, Mississippi’s corrections and criminal justice reforms have saved taxpayers $40 million while maintaining public safety.

In addition, Bryant said that Mississippi has worked to create prisons drug and crime-free zones so that the inmates have a better opportunity for rehabilitation. He also focused on faith-based prison ministries and said that often times government does not like to admit, but they work.

“When we bring faith back into the prison system, prisoners have hope again,” Bryant said. “That has worked better for us than anything we could have done.”

Mississippi’s corrections and criminal justice reforms implemented since 2014 have had dramatic effects. I am honored to meet today with President @realDonaldTrump and contribute to this important effort at the federal level. pic.twitter.com/hLrfNG5FNP

Bryant also mentioned the other prison programs that help inmates stay connected with their families, getting them drivers licenses’, and getting them jobs.

President Trump discussed the increase in jobs and related it to prison reform saying that because of the “booming” economy workers that were once overlooked are now receiving jobs.

“One of the single most important things we’re doing is to help former inmates in creating jobs,” said President Trump. “We’re creating so many jobs that former inmates, for the first time, are really getting a shot at it, because they weren’t sought and now they are being sought because our unemployment rate is so low — historically low — 50 years.”

The President went on to say that the First Step Act has been passed through the House and they are working to refine it in the Senate. The Act would expand vocational educational programs to eligible federal inmates so that more of them can learn a trade.

“Our first duty is to our citizens, including those who have taken the wrong path but are seeking redemption and a new beginning,” said President Trump. “That’s people that have been in prison, and they come out and they’re having a hard time.  They’re not having such a hard time anymore.”

Center for Emergency Services to get new home