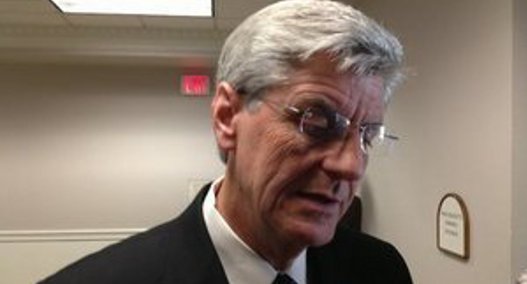 JACKSON, Miss.–The working relationship between Gov. Bryant and Dr. Carey Wright, the state superintendent of education is a tense one, according to an interview Monday on the Gallo Radio Show. Wright is all for Common Core, whereas Bryant and Lt. Gov. Tate Reeves have said they want to see it abolished in Mississippi.

“What’s the working relationship between the lieutenant governor, the speaker and the gover?” asked host Paul Gallo.

“Challenging,” said Bryant. “I have met with Dr. Wright several times and she is fully convinced Common Core is the best thing we could find.”

Bryant repeated what he said a couple of weeks back that caused a stir, and that is he believes the public is in charge of education, not the state superintendent.

House Chairman of Ways and Means, Rep. Jeff Smith, told Gallo that he had sent Wright letters which were answered back with form letters.

News Mississippi has on several occasions attempted to get an interview with Wright. Our requests have been ignored.

Here It Is, Cool Again and Rain Set to Return By the End of the Week

Chemical Spill, Fire Shut Down I-20 in Scott County, Delays Expected Through the Day