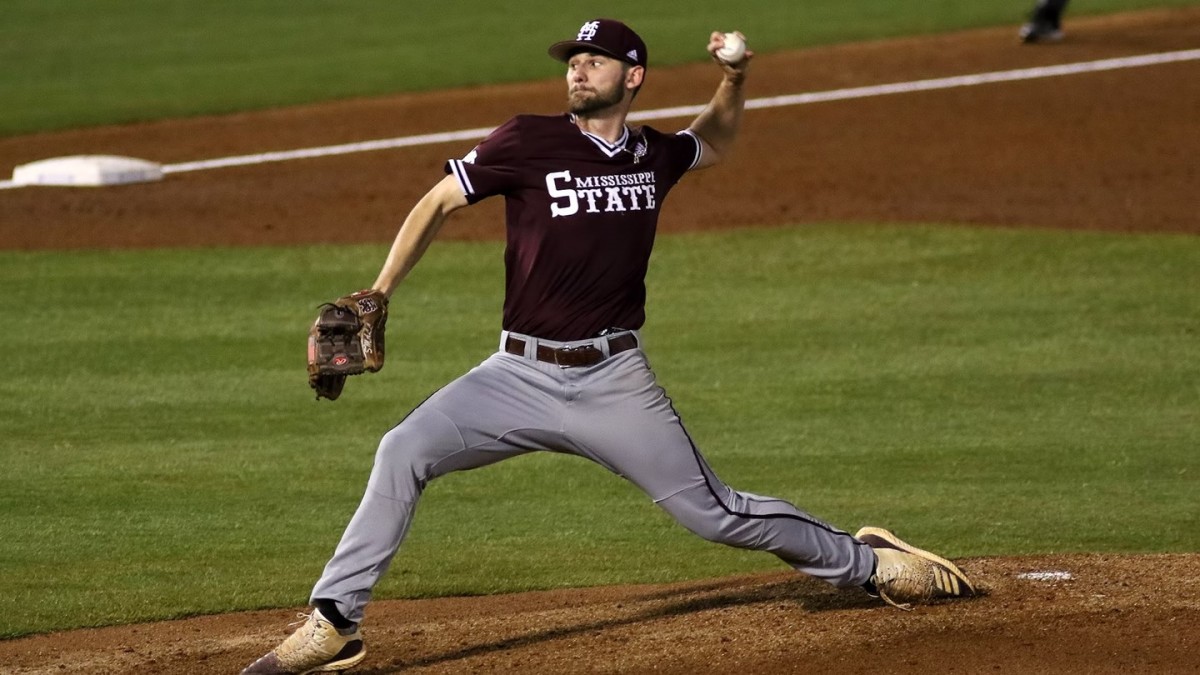 Mississippi State got one of Ethan Small’s best pitching performances of the season on Thursday night in Hoover, which is saying something considering the Bulldog hurler was the SEC Pitcher of the Year. Unfortunately for Small and the Bulldogs, the bats were held silent by an equally salty Vanderbilt pitching staff, and State dropped into the loser’s bracket after a 1-0 decision went the way of the Commodores.

MSU drops to 46-12 on the season and will have to take the field on Friday in an elimination game against LSU, with first pitch scheduled for approximately 30 minutes after the finale of the Ole Miss-Arkansas game which begins at 3 PM.

Final line for the SEC Pitcher of the Year:

Small just dominated a powerful Vandy lineup, with only a hit batsmen, a bunt single, and a blooper giving the Commodores any kind of offense. Unfortunately, it was enough to win, but that does not take away from how good Small was. He has been at his best this year against the SEC’s best teams, scoring wins over LSU, Georgia, and Ole Miss, but he might have thrown his best game of the year tonight when you take into account the potency of the Vanderbilt batting order.

After a 2-2 night on April 3 against UL-Monroe, Jordan Westburg’s batting average was a lofty .385. After tonight’s 0-3 performance, Westburg sees his average under .300 for the first time all season. Coach Chris Lemonis dropped him to seventh in the order to try and get a spark, but it was unsuccessful. On top of the order, Jake Mangum continues to struggle, as his average has dropped 43 points since the Sunday game at Ole Miss, a 4-32 slide. State has the bats in the order to pick those guys up, but if the goal is to win a national title, both Mangum and Westburg have to find their early season form.

LSU has played two of the craziest games of this tournament, and as always, there is always some incredible ending ready to happen when the Tigers take the field. State will look to take what is essentially a Game 5 of that season series tomorrow, with freshman JT Ginn on the mound for the Bulldogs. A win and State can get a rematch with Vanderbilt, a loss and they’ll head back to Starkville to prepare for the home regional that they are a guarantee to host.