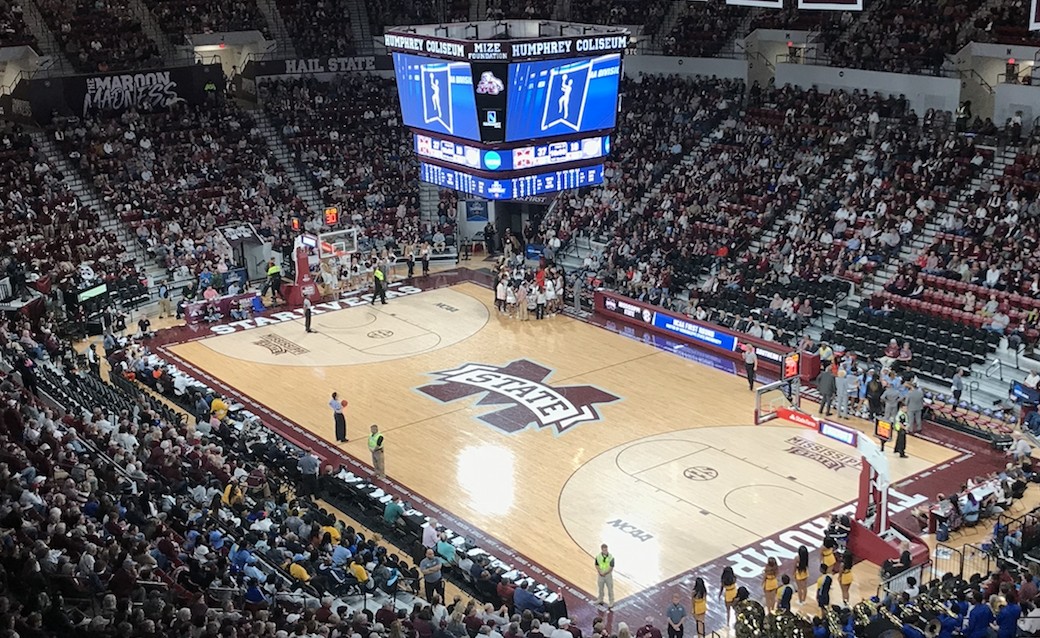 The top-seeded Mississippi State women are moving on to the second round of the NCAA Tournament after a 103-46 routing of the 16th-seeded Southern University Jaguars in Starkville tonight.

It didn’t take long for the Bulldogs to set the tone in this 1/16 matchup, and after the 1st quarter, MSU held a 27-point lead. The Bulldogs would cool off a bit in the 2nd quarter but their lead was never in jeopardy, and they went into the locker room with a commanding 55-29 lead.

MSU built a good portion of their lead at the FT stripe, knocking down 20 of their 22 first half attempts thanks to 16 Southern fouls. They would finish the game 28-37 from the line.

The 3rd quarter is where things got out of hand in this one with the Bulldogs outscoring the Jaguars 31-5, and by the end of the quarter, they held a 52-point advantage.

Teaira McCowan took a seat next to head coach Vic Schaefer late in the 3rd quarter having already secured her 28th double-double of the season with 22 points and 16 rebounds.

Anriel Howard posted a double-double of her own with 23 points and 12 rebounds, and Bre’Amber Scott pitched in 18 points off of the MSU bench.

The 4th quarter didn’t have any true impact on the game, and when the clock hit :00, the Bulldogs walked off the floor with a decisive victory.

This was the 8th time this season that the Bulldogs have eclipsed 100 points, and they were able to force 28 Jaguar turnovers in the winning effort.

While there are plenty of statistics out there to illustrate MSU’s dominance, there is also room to improve. The Bulldogs connected on just 3 of their 13 3-point attempts on the night.

Now, the Bulldogs will turn their attention to Sunday’s matchup with the 9th-seeded Clemson Tigers, who beat South Dakota 79-66 in the 8/9 matchup earlier today.