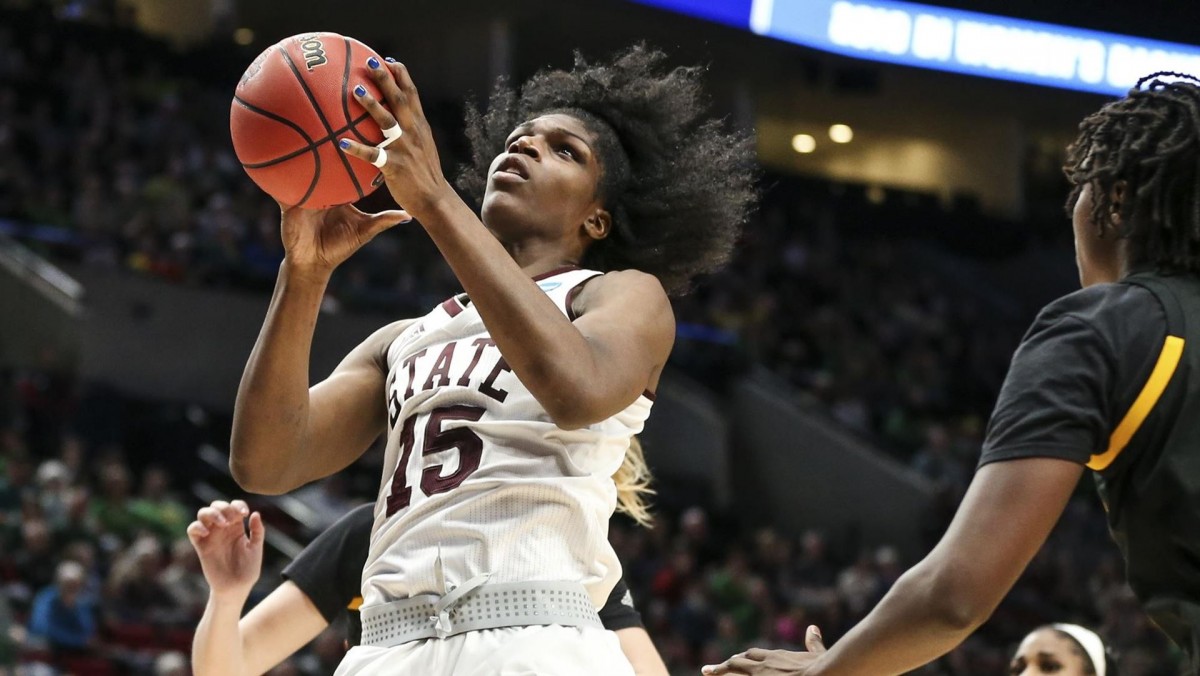 The Mississippi State Bulldogs are moving on to the Elite Eight for the third straight season after taking out the 5th-seeded Arizona State Sun Devils 76-53 on Friday night in Portland.

“I told my kids tonight the tougher team was going to win,” head coach Vic Schaefer said. “It was going to be about toughness and resilience tonight. I thought we were really tough and showed a lot of resilience. When they would make a run, we answered it. I just thought our team was really tough and resilient today. I thought our execution was outstanding.”

Schaefer’s Bulldogs saw their lead cut down to 3 at one point in the 2nd quarter, and they would respond with a 7-0 run to take a 32-24 lead into halftime.

In the third quarter, the two teams mirrored each other as MSU narrowly outscored the Sun Devils 22-21. Up 9 heading into the 4th quarter, the Bulldogs took over and booked their trip to the next round by outscoring ASU 22-8 in the final 10 minutes.

With the win, Mississippi State became the 15th program in NCAA Tournament history to advance to three consecutive Elite Eights.

Teaira McCowan added to MSU’s historic night, becoming the all-time leading rebounder in the history of the tournament, surpassing LSU’s Sylvia Fowles (2005-08) with her 222nd career board in the fourth quarter. She would finish the game with 13 rebounds, including 6 offensive rebounds.

McCowan had help from her teammates as all of MSU’s starters scored in double figures. Jazzmun Holmes put up 13 points,  Andra Espinoza-Hunter added 12, and Anriel Howard and Jordan Danberry scored 11 points each.

As a team, the Bulldogs converted on 25 of their 35 FT attempts while ASU attempted just 12 free throws, making 7 of them. MSU is still struggling to shoot from beyond the arc in the NCAA Tournament, going just 3-11 from deep.

After last night’s win, the Bulldogs move on to face the #2 seed Oregon Ducks on Sunday in the Elite Eight on Sunday at 1 p.m.