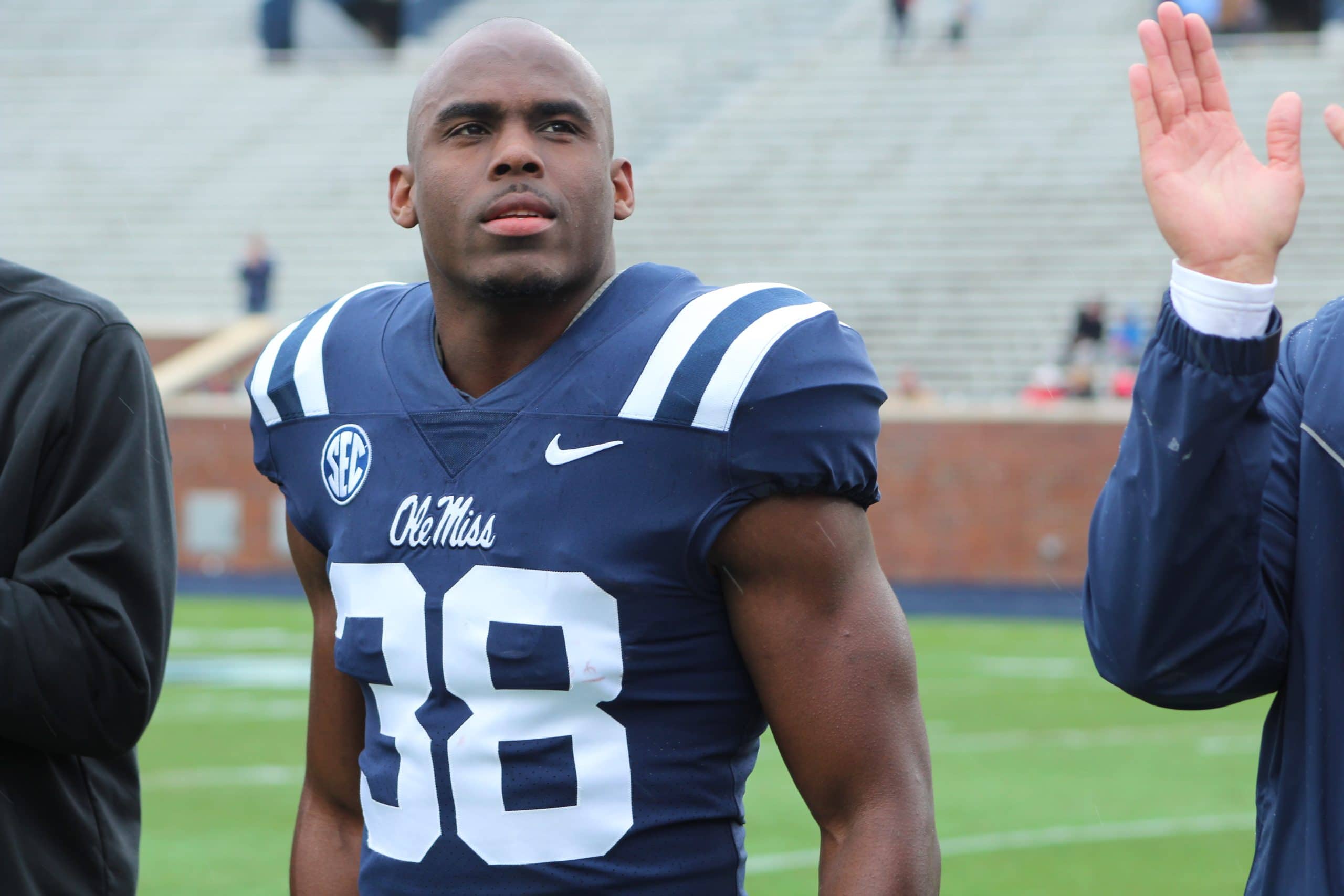 Each year, an upperclassman on the Ole Miss defense is chosen to wear the #38 jersey throughout the season to honor the late Chucky Mullins. The former defensive back arrived at Ole Miss in 1988, but his career was cut short in 1989 when a collision with Vanderbilt’s Brad Gaines left him paralyzed.

Mullins returned to Ole Miss as a student shortly after but passed away in May 1991 at the age of 21. In the time after his injury, Mullins’ determination lifted the entire Ole Miss community and his fighting spirit is continually honored by the Rebels to this day. A bust of Mullins welcomes the Rebels onto the field before each game, and the base of the memorial reads “never quit” signifying Mullins’ ability to fight through his injury as he inspired those who heard his story.

The award has been received by Rebel greats such as Patrick Willis, D.T. Shakleford (twice), Mike Hilton, and last year’s recipient, Marquis Haynes. This year’s honoree, C.J. Moore, started 6 games in 2017, and DC Wesley McGriff says that it’s the leadership qualities that Moore possess that made this an easy choice.

“He embodies what type of person you want in your program, so it was an easy selection when you talk about who you want to represent the Chucky Mullins award. He’s the type of young man that you’d give your wallet to, and he’ll take care of it,” McGriff said. “I can’t say enough about young men like him that are in the locker room with us and providing such leadership both on and off the field. Some guys will do it on the field, some do it off of the field, but that young man is guilty of doing it in both places.”

Moore played both safety and corner last season, and McGriff said that the senior DB is always willing to do what it takes to help the team win, and his unselfishness is something to be valued.

The recipient is selected each year by the head coach and the remainder of the coaching staff, and Moore said that he’s grateful to the coaches for this honor, and he’s ready for the responsibility that comes with it.

“It means a lot. Since freshman year, I watched the older guys get selected to carry out the legacy, but for the coaches to select me, I think that’s a big deal and I’m ready to take on the responsibility,” Moore said.

Just as he did, Moore knows that some of the younger players on the roster will now look to him for guidance.

“I know a lot of the younger guys may look up to me and look for me to make a play, so that’s just my role on the team,” he said.

During his time in Oxford, Moore has seen action in 37 games and had the best year of his career last season. In 2017, Moore finished with a career-high 51 tackles and led the team with 3 interceptions.

What Mississippians want: state of the state survey