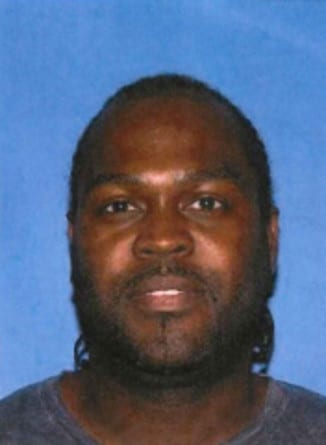 A Clinton man has been convicted on charges of aggravated assault with a firearm, aggravated domestic violence, and shooting into an occupied vehicle according to Attorney General Jim Hood.

Donald Turner, also known as Darnell “Slick” Turner, was found guilty by a Hinds County trial jury Thursday on one count of each charge.

Turner was arrested in April 2016 after being indicted for beating the then-22-year-old mother of one of his children, shooting into the car she was in, and dragging her to a bridge where he strangled her before suspending her over the railing.

After Turner left the scene in the Washington Addition neighborhood in Jackson, he returned and assaulted a person who was trying to assist the initial victim. He then drove the mother of his child home while continuing to beat her.

“This heinous act of strangling a woman while dangling her over a bridge deserves maximum punishment,” said Attorney General Jim Hood. “Domestic violence is a serious offense. I’m glad to see that a Hinds County jury recognized that fact and stood for protecting other victims of domestic violence. This should send a strong message to other offenders.”

Turner is scheduled to have a sentencing hearing on October 17 where he will face up to 45 years in prison.

Father sentenced after failing to pay $23,000 in child support