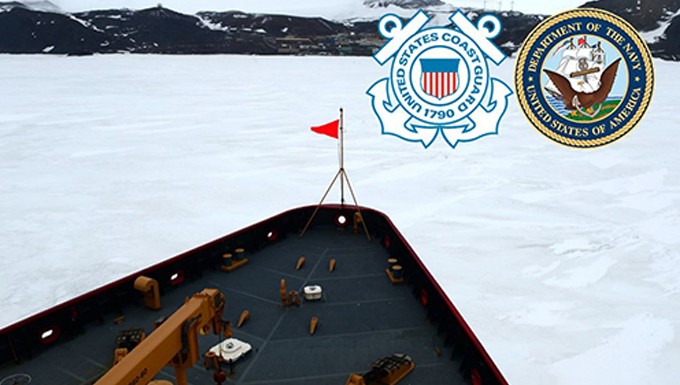 VT Halter’s Pascagoula shipyard has been awarded a $745 million contract by the U.S. Coast Guard.

According to the Coast Guard, the contract will support the design and construction of the next generation of heavy polar icebreakers.

“Against the backdrop of great power competition, the Polar Security Cutter is key to our nation’s presence in the polar regions,” said Admiral Karl L. Schultz, Commandant of the Coast Guard. “With the strong support of both the Trump Administration and the United States Congress, this contract award marks an important step towards building the nation’s full complement of six polar icebreakers to meet the unique mission demands that have emerged from increased commerce, tourism, research, and international activities in the Arctic and Antarctic.”

The Polar Security Cutter (PSC) will join the Coast Guard’s polar icebreaker fleet. The contract is expected to bring millions of dollars in new investment to VT Halter’s Pascagoula shipyard, supporting the creation of up to 450 new jobs on the Mississippi Gulf Coast.

“The Coast Guard’s heavy polar icebreakers are a critical part of our nation’s ability to protect our interests in the polar regions,” said Wicker, who is a senior member of the Senate Armed Services Committee and Chairman of the Senate Committee on Commerce, Science, and Transportation, which has jurisdiction over the Coast Guard. “Winning the contract to build the Polar Security Cutter is a great achievement for the talented shipbuilders at VT Halter. The ships we build in Mississippi will help close the gap in our polar defense and ensure American mariners cannot be denied access to the Arctic region by our adversaries.”

“I’m very pleased VT Halter and its shipbuilders won the selection to lead the charge in ongoing Homeland Security efforts to strengthen the Coast Guard icebreaker fleet and ensure U.S. sovereignty in the Arctic,” said Hyde-Smith, who serves on the Senate Homeland Security Appropriations Subcommittee, which funds the Coast Guard.  “These advanced ships will help address national security, law enforcement, and humanitarian missions in the polar regions.”

“As a member of the House Homeland Security Appropriations Subcommittee, I can tell you the need for this ship has been made clear through countless hearings and briefings. I have no doubt that VT Halter is the right shipyard to provide the best possible ship to our Coast Guard,” said Palazzo. “This vote of confidence underscores what I have said for years, Mississippi’s Gulf Coast is home to the greatest shipbuilders anywhere in the world.”

The initial $745.9 million award will support VT Halter’s design of the PSC class, as well as materials and construction for the first PSC. The contract also includes options for two additional PSCs to be built. In all, the total contract is valued at $1.9 billion if all options are exercised.

Governor Bryant took to Twitter to celebrate the news that VT Halter had received the contract.

PSCs will enable the United States to maintain defense readiness in the Arctic and Antarctic regions; enforce treaties and other laws needed to safeguard both industry and the environment; secure ports, waterways, and coasts; and provide logistical support – including vessel escort – to facilitate the movement of goods and personnel necessary for scientific research, commerce, national security activities, and maritime safety.