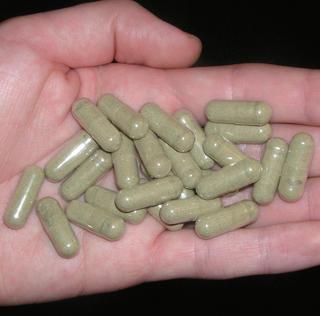 Lee County Sheriff Jim Johnson is one of many law enforcement officials taking their plea to county leaders. Johnson recently appeared before the Lee County Board of Alderman and requested a ban of the sale of Kratom within the county.

The product is currently illegal in Alabama and Arkansas, so why are Mississippi authorities having to fight the abuse of the substance on the local level? Legislation to ban the sale of Kratom died in committee during this year’s legislative session.

According to the U.S. Drug Enforcement Agency (DEA), Kratom can be swallowed as a pill, crushed and smoked, brewed as a tea, or chewed raw leaves.  Kratom sometimes goes by street names such as Thang, Kakuam, Thom, Ketum, and Biak.

Sheriff Johnson says Kratom got his attention when several parents contacted him because their children were getting the substance from local convenience stores. Johnson says there has been one overdose in his county related to the use of Kratom.

“What we’re seeing is individuals who have run out of options when it comes to attaining opioids, or prescription medication, to treat chronic pain. It’s not regulated, you don’t have any idea of the amount you are getting, or what is being mixed with it.” Johnson says Kratom use is a health concern in the community and going before the board to request a ban was a precautionary measure taken to help authorities get a handle on the situation.

Other counties and cities across the state have already banned the sale of Kratom, but Johnson says he didn’t realize the severity of the issue until he began researching the substance.

While many people are in support of a ban on the sale of Kratom, others are not. Sheriff Johnson says people have even reached out to him in support of the use of Kratom for their medical conditions. Johnson says without regulation of the substance, the ban is necessary and feels he has a moral obligation as the chief law enforcement officer of the county to protect the citizens if he sees a potential risk to their well-being.

The Lee County Board of Alderman will make a decision on the issue in the near future.