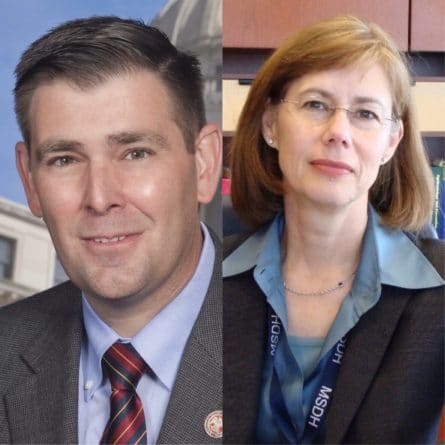 Legislation has been introduced this session that will widen the state’s medical exemption so that parents could choose to not vaccinate their children based on religious beliefs. While there have been other bills introduced through the years to expand the vaccination exemptions, the religious exemption has not previously been a focus in recent years.

The main reason for the religious exemption being that a number of the common vaccines are cultured on aborted fetal tissue. House Bill 1505 was written by Representative Andy Gipson who is a strong proponent of religious freedom.

“You cannot educate your child in Mississippi in any public or private school unless you obey the mandate of the state health officer that says you will inject this into your kid,” said Gipson.

Dr. Mary Currier said that while the cells were taken from abortions, she believes the most important thing is to ensure that as many people as possible are vaccinated to ensure that children are will be safe from contracting vaccine-preventable diseases.

“If you look at the Catholic church, and certainly that is the biggest pro-life group in the world, and they have always been anti-abortion, they have a statement that says,’yes it is ok to vaccinate your children and protect them from these diseases, advocate for the vaccine companies to make them a different way,” Dr. Currier said.

Gipson said the bill would allow parents to opt out of vaccinating their children due to religious beliefs, except in the event of an epidemic.

“This is a huge problem for parents and families and the health department and the medical community need to sit down at the table and let’s work something out,” Gipson said.

Dr. Currier added that there was a religious exemption law in Mississippi previously, however the Mississippi supreme court overruled it in 1979 saying that the law did not provide equal protection for all children in the state.

“I worry that people believe that the vaccines are worse than the diseases and that’s just because in the country we have been very lucky not to have a lot of those diseases, but they are still out there,” Dr. Currier said.

Gipson said that in Mississippi before a child can attend a daycare, they are required to have 21 vaccinations.

“I think the reality is that the vast  majority of people, like they do in most other states, they get the vaccines, but for the parents who have these concerns, legitimate concerns, who do the research and make these personal decisions for the wellbeing of their children, they have the option to sign an affidavit,” Gipson said.

Currier added that the health department is not to blame for the law.

“It’s not like we are out there with a giant shot needle attacking children,” Dr. Currier said. “We are trying to protect children.”

In a Facebook post, Gipson said that he has seen great support for the bill from various legislators from both parties, however, he said that some undecided legislators need more information to make a decision.

Gipson added that he met with Speaker of the House Philip Gunn who agreed that the issue of vaccination exemption needs to be addressed and said that the Mississippi Vaccine Research Group will review both the religious exemption as well as documented problems with the medical exemption.

“Although I would rather have passed the bill as drafted, I am very encouraged by this development and am looking forward to researching and finding solutions to the problems by the end of the year,” Gipson said.

HB 1505 was referred to both House Judiciary Committee B and the House Committee on Education. Tuesday, January 30th is the deadline for all bills to be passed from the committee.

Ann the Reality Queen on the JT Show