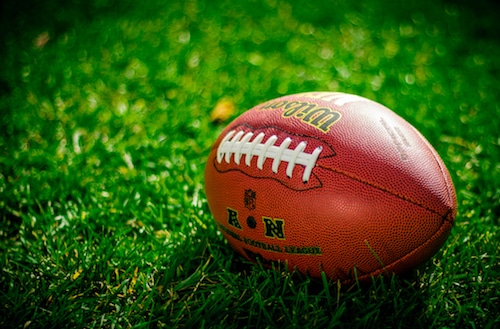 The NFL Draft begins tonight, and the New York Giants hold the 2nd overall pick in the first round, so how will the pick affect Eli Manning?

After the team was decimated by injuries to their wide receiving corps, and the offensive line was questionable at best, Manning and the team struggled in 2017. After finishing with a 3-13 record, sweeping changes were made and new GM Dave Gettleman and new HC Pat Shurmur were brought in place of the former GM & HC combo of Jerry Reese and Ben McAdoo.

Regarded as one of the best QB classes in recent memory, as many as six quarterbacks have been projected to hear their name called by the end of round one. USC’s Sam Darnold, UCLA’s Josh Rosen, Wyoming’s Josh Allen, and Oklahoma’s Baker Mayfield are atop most draft boards with Louisville’s Lamar Jackson and Oklahoma State’s Mason Rudolph also in the discussion.

Many expect the Browns to take a QB with the number one pick, but it remains to be seen which one they take. Regardless of Cleveland’s choice, several of top QBs would be there for Giants should they decide to go in that direction, and some believe that they should select one of the young signal callers as the heir-apparent to Eli.

This upcoming season will be the youngest Manning’s 15th in the league. Cooper Manning says that his brother still has plenty to give and that the Giants have a chance to draft a player that experts have called the best player in the draft.

“I think Saquon Barkley would be an instant difference maker for the Giants. I think Eli’s got a lot of tread on the tires, so that’s my hope, but we’ll just have to sit back and wait,” Cooper said.

Barkley is highly regarded as the top running back in this year’s draft class after finishing with over 1,900 total yards and 21 total touchdowns in 2017 at Penn State.

As far as where Gettleman stands, the former Carolina Panthers GM has continued to express support for Eli but has stated they will take the best player available with their pick.

DE Bradley Chubb out of NC State is another name to watch out for after the Giants traded away their top pass-rusher Jason Pierre-Paul. With teams like the Buffalo Bills and the Arizona Cardinals looking to potentially move into the top-5 to select a quarterback, the Giants could also look to move the #2 pick for the right price.

Every scenario has been thought out and discussed leading into the draft process, and Cooper is ready for all of the speculation to end and the draft to begin.

“They’ve analyzed it long enough and talked about it with ‘rumors this’ and ‘trade that’, and it’s time for draft time,” Cooper said. “I’m ready for the draft and I’m looking forward to a fun season next year.”

During the Giants’ tumultuous 2017 season, McAdoo made the decision to bench Manning in favor of backup Geno Smith. The decision, which snapped Eli’s streak of 210 consecutive starts, was met with widespread backlash. Manning reclaimed his starting spot a week later, and McAdoo was fired before the season ended.