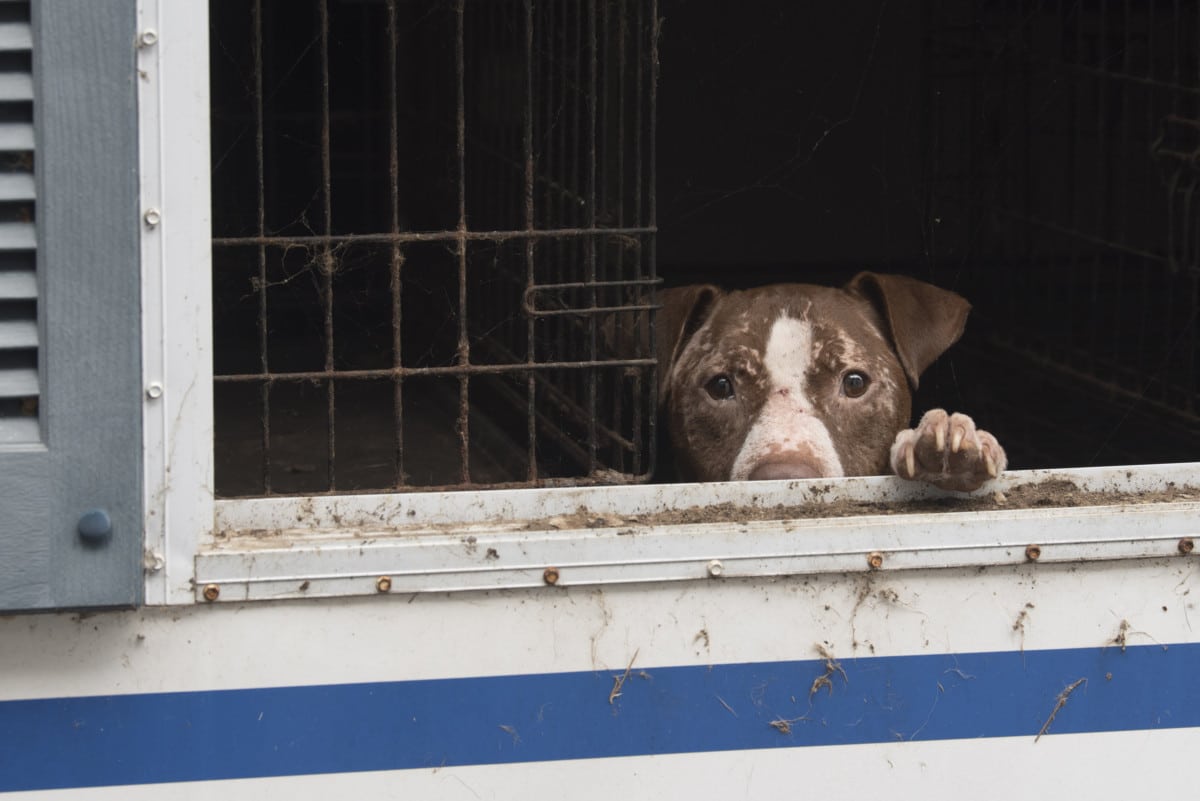 The Humane Society of the United States rescues cats and dogs in Jones County, Mississippi, on Wednesday, July 11, 2018. (Kevin Wolf/AP Images for The HSUS)

The Humane Society of the United States rescues cats and dogs in Jones County, Mississippi, on Wednesday, July 11, 2018. (Kevin Wolf/AP Images for The HSUS)

After nearly 100 animals were rescued from a Jones County property last week, two individuals have been charged, but only with misdemeanors.

David & Mary Ellen Senne have been arrested and charged in the case after the Humane Society of the United States stated that the animals at the property on Lyon Ranch Road appeared to suffer from a lack of veterinary care and were housed in conditions typically seen in severe neglect situations.

Despite the severity of the case, the potential sentence for the crimes would only be a $2,500 fine and up to 6 months in prison.

During a press conference today, Sheriff Alex Hodge stated that stronger laws must be put in place to ensure safety for all animals. During the 2018 legislative session, bills which sought to increase penalties against anyone convicted of animal abuse in Mississippi died in the committee stage.

“There’s no way, I don’t care what the circumstances are, that a felony would not be justified in this case,” Sheriff Hodge said. “It’s a really sad time that we find ourselves in currently.”

Hodge mentioned that they spoke with legal experts and lawmakers to determine what could be done, but current state law only allows for one misdemeanor charge to be served in this type of case.

On the day that the search warrant was executed, Sheriff Hodge stated that it was one of the worst things that he, and others at the scene, had ever seen. In total, 55 dogs and 34 cats were rescued from the 161-acre property, and 17 dead animals were found on the property.

The HSUS agreed with the Sheriff that more must be done to protect Mississippi’s animals.

“This case highlights the need for stronger laws in Mississippi to protect animals from cruelty. Mississippi is one of only two states in the nation without felony penalties for egregious animal cruelty, such as torture or starvation, on the first offense. No matter how depraved an act of animal cruelty is, law enforcement can only charge the offender with a misdemeanor if he or she doesn’t have a previous conviction for animal cruelty.”

State Senator Angela Hill authored one of the bills that aimed to increase the penalties, and she said that she was not surprised to hear the call from law enforcement for stiffer penalties. Hill’s decision to author such a bill came as the result of a similar situation in Pearl River County.

While the bills died this time around, she mentioned that there will be renewed effort to pass such a law during the 2019 session.

“When we have a law this weak on the books, it says that we tolerate this in our state,” Hill said. “Law enforcement certainly doesn’t believe that the law is adequate.”

A representative from the Southern Cross Animal Rescue was at the press conference and explained how so many animals ended up on the property.  She stated that the origination worked with the property owners as a sanctuary for dogs and cats, but they were unaware of several structures on the property where animals were being held.

Sheriff Hodge did say that there is no evidence pointing to theft, dogfighting or puppy mills on the property.

The Jones County PD said that adoption information for the animals will be released as they continue to treat the animals.