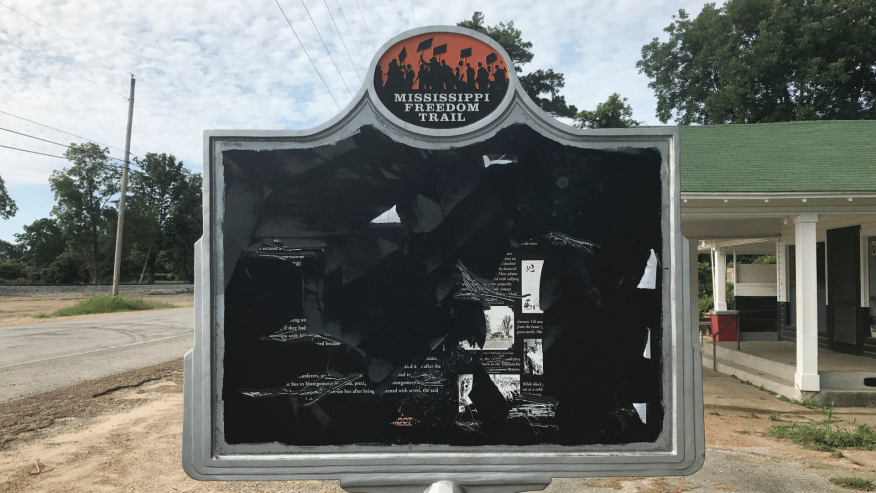 The Emmett Till marker in Money, Mississippi has been vandalized for the second time in two months.

Emmett Till was a 14-year-old black boy who was kidnapped and lynched in 1955. Till was accused of whistling at a white woman, a statement that was much later retracted.

Fox News reported that a group of tourists discovered vinyl panels were peeled off of the back of the metal marker. Those panels contain photos and writings about Till.

Back in May someone used a blunt took to scratch the marker and a separate Till marker has been shot repeatedly.

The sign was originally put up in 2011 for the Mississippi Freedom Trail.

News Mississippi has reached out to the Emmett Till Interpretive Center for more information.

RELATED: Congressman Thompson calls for reopening of Emmett Till case