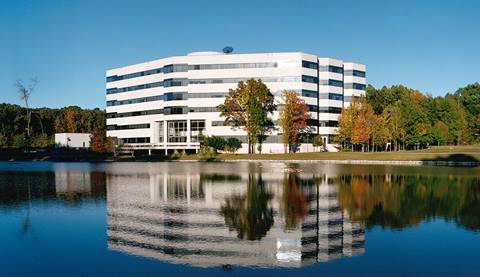 Entergy Nuclear is expanding their operations and workforce and 2019 will bring new jobs and major investments for Mississippi. The Entergy Corporation has created some 170 jobs at Grand Gulf Nuclear Station since 2017, increasing its workforce to more than 820 employees. Over the next one to two years, Entergy expects to create about 70 more jobs at Grand Gulf.

At Entergy Nuclear’s Jackson-based nationwide headquarters expansion is underway to accommodate more than 250 new jobs, as the workforce grows from 250 to about 500 employees. The expansion and addition of jobs should both be complete by the end of the year.

“Our Nuclear Strategic Plan is a five-year business strategy to provide robust governance, oversight, and support of the fleet and to achieve excellence in all nuclear operations,” said Chris Bakken, Entergy Nuclear executive vice president. “The expansion of the headquarters building at Echelon allows our growing nuclear team to work in a single location, fostering unity, collaboration, and team effectiveness.”

The headquarters building houses professionals from various technical disciplines who support Entergy’s nuclear plants. Those include five reactors in Mississippi, Louisiana, and Arkansas, plus merchant plants in the northeastern United States.

“As we build the utility of the future, we’re also building the workforce of the future,” said Haley Fisackerly, Entergy Mississippi president and CEO. “We’re proud to be able to bring more jobs to the state. Entergy and Entergy Nuclear’s combined workforce in Mississippi will now be more than 2,000 employees.”

Fisackerly added that the new jobs will have a positive effect on the state’s economy.

“These are very high paying jobs, these are corporate type jobs, these are highly trained technicians, engineers, accountants, and so forth,” Fisackerly said. “These are paying more than your typical average salary. It’s a great impact on the economy. These are people that are moving from other parts of the country and it will have a positive impact on us not only in Jackson but also in southwest Mississippi.”

Mississippi Governor Phil Bryant praised the most recent news about the company’s investment in and commitment to the state.

“Entergy’s decisions to locate its nuclear headquarters in Jackson and seek the relicensing of the Grand Gulf Nuclear Station in Port Gibson continue to pay big dividends for Mississippi,” said Gov. Phil Bryant. “This expansion of the company’s nuclear workforce in our state will create hundreds of new high-tech, high-paying jobs and be yet another milestone toward making Mississippi a hub for the energy industry and the investments that go with it.”

Fisackerly noted the nuclear investments come on the heels of three other large investments by Entergy:

In the past three years, the company has spent $1 billion to strengthen and modernize Entergy Mississippi’s electric grid.

Along with the new jobs and investments, Entergy Mississippi will begin installing advanced electric meters, the foundation for grid modernization technologies, throughout its service territory in early 2019. The project should be complete in 2021.