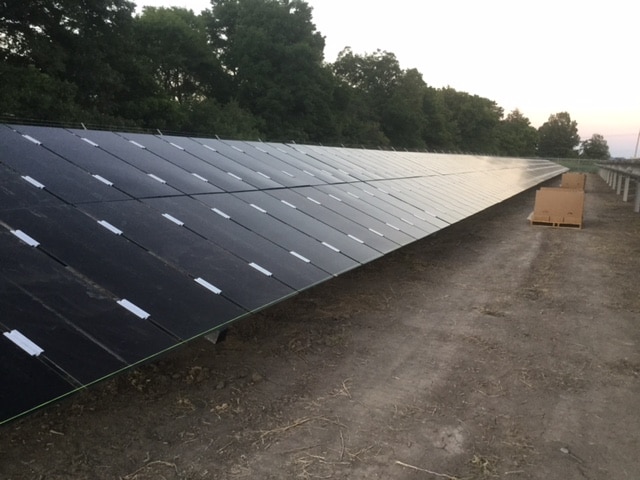 The sunlight that fuels cotton, corn and soybean growth in the Mississippi Delta will soon fuel a 100-megawatt solar energy farm. This project will be the largest utility-owned solar farm in the state, pending approval of the Mississippi Public Service Commission.

The project will be built by Canadian Solar Inc. and Recurrent Energy, LLC on behalf of Entergy Mississippi, Inc., which will own the facility once it becomes operational. The emissions-free, renewable energy facility will be sited on approximately 1,000 acres in Sunflower County. When the project is complete, which is expected to be by no later than 2022, it will connect to Entergy’s transmission grid in Ruleville.

The facility agreement was signed for a base purchase price of approximately $138.4 million. The project will be a single-axis tracking photovoltaic power generator, and its 350,000 PV modules will be able to generate enough clean energy to power over 16,000 homes.

“The solar pilot projects helped answer many questions about solar in Mississippi and were the genesis for this larger project,” said Fisackerly.

Entergy Mississippi’s solar  pilot was the first-ever utility-owned solar project in the state. The three sites produce 1,500 kilowatts of electricity (500 kW each), or enough to power the equivalent of 175 homes.

Update given on Greenville football player