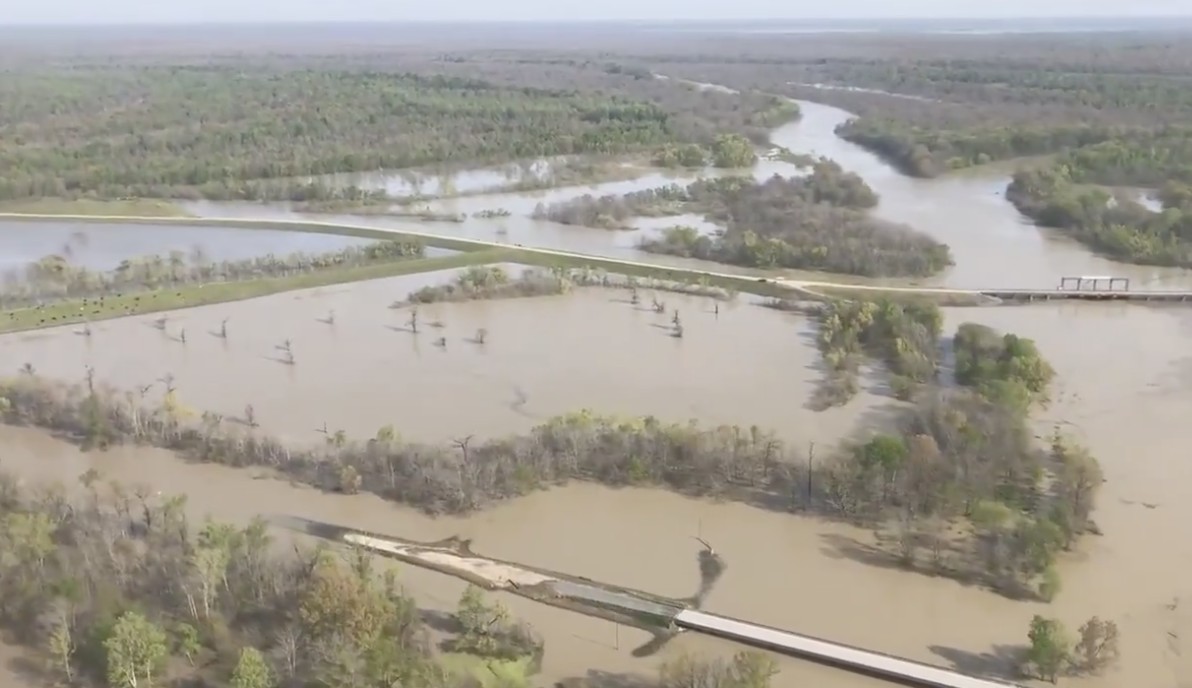 Recent flooding in the Mississippi Delta has led to the Environmental Protection Agency’s decision to review the vetoed ‘Yazoo Pump Project’.

The $220 million flood control project was vetoed in 2008 after the EPA stated that “it would result in unacceptable adverse effects on at least 67,000 acres of wetlands and other waters of the United States and their associated wildlife and fisheries resources.”

As 550,000 acres in the Delta remain flooded following the heavy rains in February, Governor Bryant urged the department to reconsider their decision. When prompted by Senator Cindy Hyde-Smith at an Interior Appropriations Subcommittee meeting, EPA Administrator Andrew Wheeler said that the review process is underway.

A pump that would’ve removed water at a rate of 14,000 cubic feet per second was the centerpiece of the project, and while it was never built, levees across the Yazoo Backwater, a connecting channel and drainage structures have already been put in place over the years.

After the February storms, the level of the Mississippi River remains around 48 feet. Greg Michel, the executive director at MEMA, stated that the pumps could’ve brought the water level down by at least 5 feet.

During a press conference following a flyover of the Delta, Governor Bryant stated that the pump project continues to be supported by the Army Corps of Engineers and that 7 different reviews and studies show that the pumps would have a “substantial impact on the flooding of the Mississippi Delta.”

He hopes to see the EPA reconsider the veto based on the damage caused by the flooding. 200,000 of the flooded acres are agricultural lands, and as the flooding continues, the Governor noted that the agricultural industry will be severely affected.

“The environmental impact that we see now is the flooding to these agricultural lands that will prevent the planting of particular crops for some years to come. As the weather conditions warm, you’ll have infestations of mosquitoes that will come to that area and other environmental effects that will take place for years to come that could have been avoided with the installation of the pumps. What the EPA is going to do now, is look at the environment, as well as the effect on livestock and agriculture in the state,” Governor Bryant said.

Opponents of the project continue to state that the environmental damage would be too great. Melissa Samet, the Senior Water Resources Counsel for the National Wildlife Federation, called the pumps “a project from another era” in a 2018 op-ed and said that the pumps would do more harm than good.

‘These massive pumps will not protect communities from floods. Instead, they will drain wetlands so that a small number of large landowners can intensify agricultural production on lands that regularly flood,’ Samet wrote.

The Mississippi Levee Board is the local sponsor for the project, and Chief Engineer Peter Nimrod said that the environmental concerns were based on misinformation. He explained the pumps would not be turned on until the waters reached a critical elevation, which he says would minimize the impact on the environment.

Nimrod also stated that while making the decision to veto the project, the EPA glossed over a critical part of the plan.

“What they neglected to look at was the large scale reforestation of the 55,600 acres of existing agricultural lands into bottomland hardwood trees, which is going to give you a nearly-20% gain in those wetland functional capacity units. So, when you take a little negative on the pump versus a huge gain in the reforestation, you end up with a ‘gain’, but they didn’t look at that when they vetoed the project,” he said.

According to the EPA, bottomland hardwood trees “serve a critical role in the watershed by reducing the risk and severity of flooding to downstream communities by providing areas to store floodwater. In addition, these wetlands improve water quality by filtering and flushing nutrients, processing organic wastes, and reducing sediment before it reaches open water.”

The ‘Yazoo Pump Project’ was initially approved by Congress in 1941, and work on the levees slowly began. After the flood of 1973, work was ramped up around the actual pump site, but by 1986, the Water Resources Development Act was being discussed in Congress and it put a hold on the project.

In 1996, the act was passed with some clarification in the bill’s language, and the project was free to resume, but new concerns regarding the environment were raised.

As the EPA and the Corps of Engineers worked to study the effect of the project, they feared that the wetlands needed a certain amount of flooding each year to sustain themselves. Nimrod said that new studies show that annual precipitation should be enough to sustain them.

One of the more high-profile opponents of the project was Senator John McCain, who in 2004, called the pumps “one of the worst projects ever conceived by Congress.”

If the veto is overturned, the construction of the project would take approximately four years, but Nimrod said that funding would then become the primary concern. Before the project was vetoed, the state had $50 million set aside for the project, but those funds have been spent over time.

“We’re basically back down to $0, so Congress would have to go back and start making appropriations for the project to get started,” he said.

With the recent conversation surrounding the project, Governor Bryant said that while they’re not in place to help ease this year’s flooding, he is thinking about Mississippi’s future.

The EPA has not given a timeline for a decision to be made on their review of the veto.

The power of a good question.