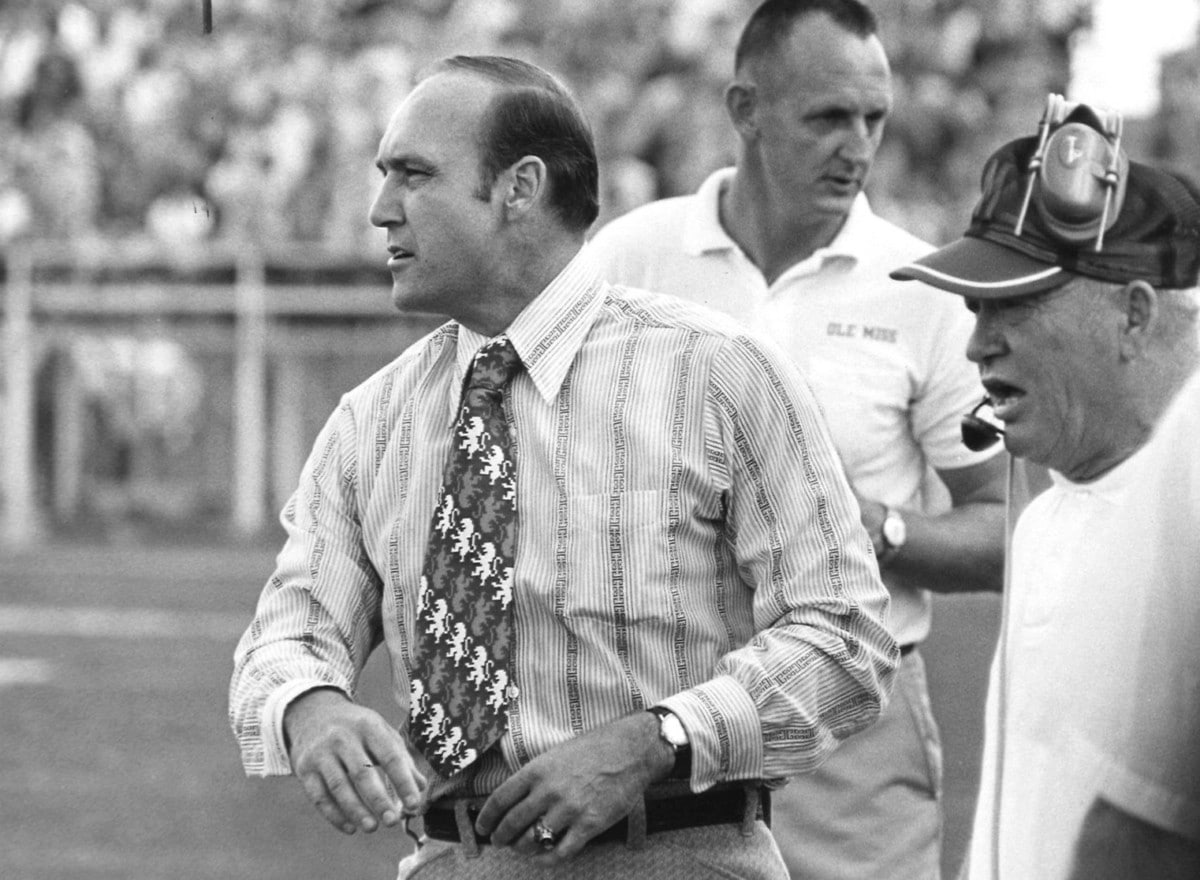 Former Ole Miss football player and head coach, Billy Russell Kinard, has passed away at the age of 84.

Following the retirement of head Coach Johnny Vaught after the 1970 season, Kinard stepped in. During his first season as the Rebel head coach, he led Ole Miss to a 10-2 record and a Peach Bowl win over Georgia Tech in 1971. After a 1-2 start in 1973, Vaught would return to the Rebel sideline, but Kinard would then continue his coaching career as an NFL assistant with the Cleveland Browns, the Green Bay Packers and the New England Patriots.

As a player at Ole Miss, Kinard earned four letters in football and two in baseball during his time in Oxford from 1952-1956. During his four varsity seasons at Ole Miss, Kinard helped the Rebels finish 34-6-3, win Southeastern Conference championships in 1954 and 1955 and play in two Sugar Bowls and one Cotton Bowl.

Playing as a DB and a halfback in college, Kinard was drafted in the 1956 NFL Draft by the Browns in the second round. He would go on to play for both the Packers and the Bills (AFL) during his four-year playing career.

Born on December 16, 1933, in Jackson, Mississippi, Kinard graduated from Jackson Central High School in 1952, He was selected to All-Big Eight Conference and All-State honors at halfback in 1951 and earned three letters in football. Kinard also starred in basketball at guard and in baseball as a catcher.

Funeral services will be at 2 p.m., Tuesday, July 3, at Grace Presbyterian Church, located at 5760 Gault Avenue, North in Fort Payne. The family will receive friends on Tuesday, July 3 at the church from 12-2 p.m. A private graveside service will be held at a later date.