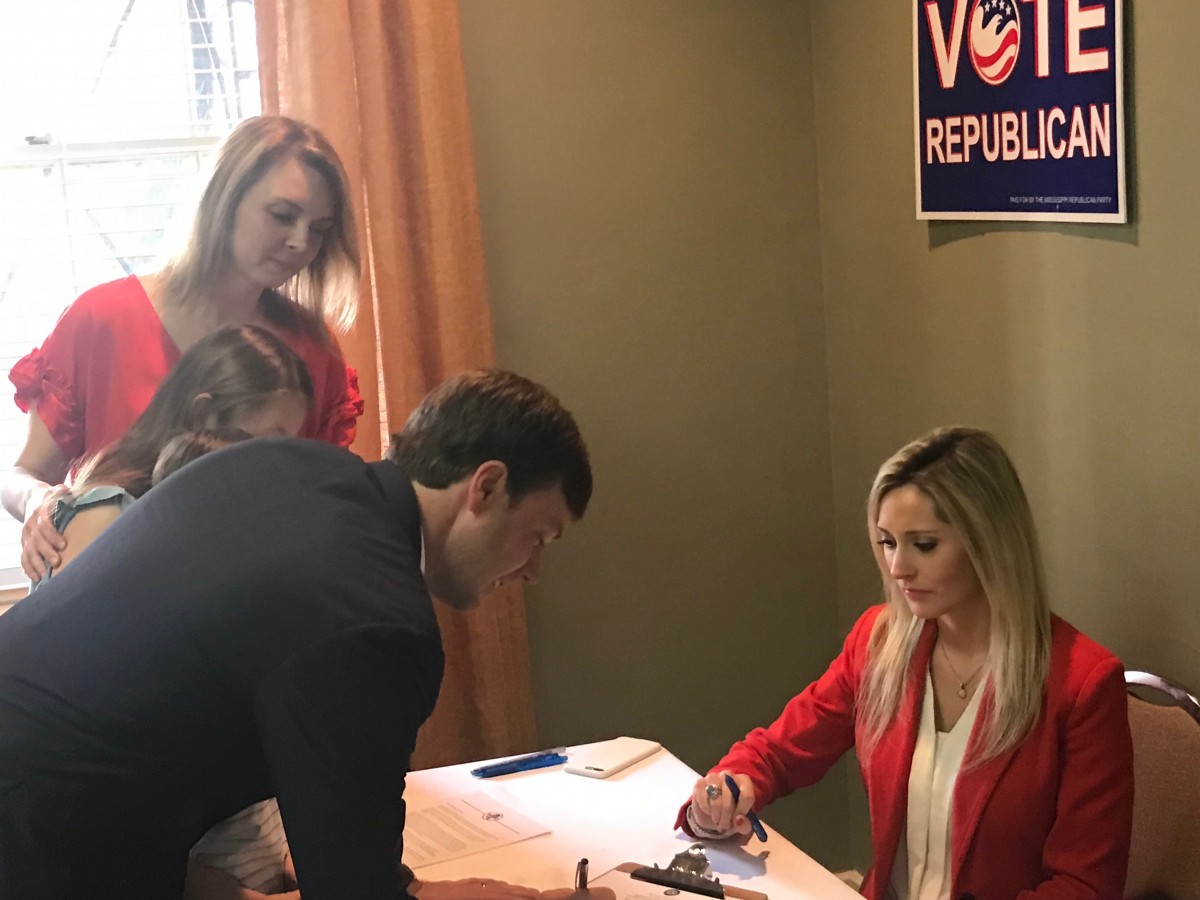 Representative Robert Foster has qualified to run for Governor in 2019. Minutes before a press conference, held at the Mississippi GOP headquarters in downtown Jackson, the Hernando native signed the papers officially entering him into the fray.

Foster owns his family’s Christmas tree farm and agri-tourism operation in North Mississippi and announced his plans for an 82 county farm tour as part of his campaign.

“We are very excited about this next year ahead of us and everything that it is going to be for all of the people of Mississippi,” Foster said. “We have a lot of potential in our state and one of the things that I think we have to keep in mind is that about 30% of our state’s jobs and economy revolve around agriculture in the rural areas of our state. We can’t forget about that. We have to make sure that we take care of those people if we want to take care of the rest of our state and make our state better.”

A first-term Representative, Foster said in that time he has learned what issues the state faces and says he believes he has the solutions to fix those problems.

“The reason why I am “stepping out of line” or jumping up the ladder quicker than the typical person would do is that I feel no matter how strong your convictions are, no matter how passionate you are about trying to fix our government if you are in the system too long it will change anybody, it will change everybody. I don’t want to lose that passion. I want to use the passion that I have now to help our state and make this run now at this point in my life so that I can do the best good for our state.”

Others who have already announced their run for Governor include Republican Lt. Governor Tate Reeves along with Democrat Attorney General Jim Hood and Velesha Williams, a retired Jackson State University employee who has never run for political office previously. Petal Mayor Hal Marx stated he will not be a candidate in the gubernatorial race after his wife, Mindy, was recently diagnosed with cancer.

Mayor Flaggs is Working Despite the Shutdown | @TheJTShow