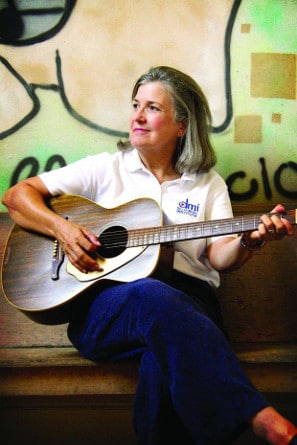 Photo courtesy of Tricia Walker and the Delta Music Institute.

A little piece of Nashville tradition is making its way to the Mississippi Delta.

Four Grammy and ACM award-winning women will be participating in Women in the Round next week.

“In the early 80s, there was a group of four songwriters, that instead of playing on a stage at one end of the room, they set up in a circle in the middle of the room and it was ‘In the Round’,” said Tricia Walker, songwriter and Grammy award winner.

Walker said that she along with Ashley Cleveland, Karey Staley, and Pam Tillis were the first women to play in the round at the Bluebird Cafe in Nashville.

“You’re sitting in the circle in the middle of the room and your audience is all around you, it has a different vibe, it’s a much more intimate, living room kind of feel,” said Walker. “It’s not a stage and audience type of thing, everybody feels really involved that way.”

During the show, attendees will be able to listen to the four musicians and hear the stories behind their award-winning songs.

The event is being held as a fundraiser for the Delta Music Institute which is an independent center of study under the College of Arts and Sciences at Delta State University.

Walker said that the focus of the DMI is to provide students with a broad education in the technological, creative and business areas of the music and entertainment industry.

Soldiers experience home away from home during Thanksgiving