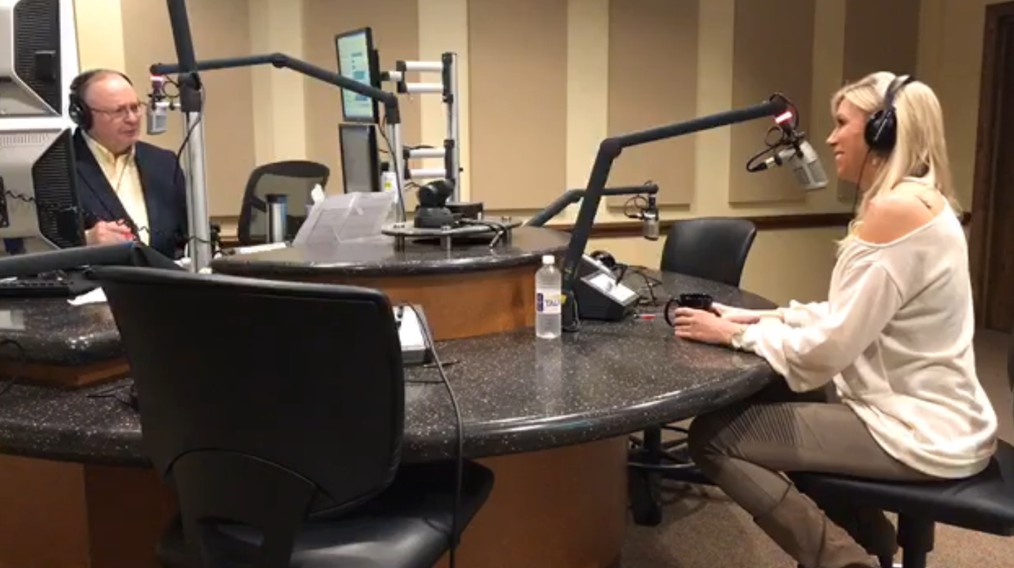 Born and raised in Pascagoula, Sarah Thomas spent time at every level of football before becoming the first female official in the NFL in 2015.

It all began when Thomas went with her brother to a referee meeting in her hometown, and she asked, “can girls do that?” From then on, she began to find every way possible to be around the game, and get the experience she needed to get her foot in the door.

Like any other profession, it took a while to make it to the top, but Thomas wouldn’t have wanted it any other way.

“I started just like anyone should start, at the bottom,” she said. “I worked peewee, junior high, and high school games, ran the clock, did the chains; whatever I could do in any capacity to get as much knowledge about the game as possible.”

It was during a state championship game in Mississippi that she first got an indication that the NFL was within her reach. In 2006, an NFL scout was in the stands to scout the crew and while she wasn’t the original reason for the scout’s visit, she quickly stood out.

“He was not there to scout me,” Thomas said. “I did something, and he stumbled on me, and put the binoculars up and said ‘that official has a ponytail’.”

After spending time in the college game, the day finally came for Thomas to step onto an NFL field as an official. Thomas was thrust into the spotlight as a trailblazer, but on September 13, 2015, when the Kansas City Chiefs were set to take on the Houston Texans, she knew that while it was a big moment, there was a job that needed to be done.

“It’s about not making the moment bigger than what it is. I knew that there was a job that had to be done,” she said. “All of the media hype about glass ceilings and history, it’s great and I don’t ever downplay it, but I’ve got to go work a game.”

She’s kept that same mindset throughout her career, and it held true once again as she took the field as part of the officiating crew of the AFC Divisional playoff game between the Los Angeles Chargers and the New England Patriots. Her kids and her husband don’t travel with her for work, but she recalled an encouraging text from one of her sons before what was arguably the biggest game of her career.

He then used her own words to finish the text and said, “Don’t make the moment any bigger than it already is.”

The 2018 season ended on Sunday with the Patriots winning Super Bowl 53, and while the game won’t be remembered as one of the greatest of all-time, one commercial from the broadcast grabbed a lot of attention. An ad for the NFL’s 100th was full of players, both past and present, and amidst the chaos at the 1:40 mark is Thomas.

The all-time greatest, most competitive NFL players gathered for the #NFL100 gala. What could possibly go wrong? pic.twitter.com/pvE0fKuSye

Thomas’ journey hasn’t come without a few bumps and bruises. During a 2016 Christmas Eve matchup between the Vikings and the Packers in Green Bay, Vikings TE Kyle Rudolph caught a pass and was immediately tackled on the sideline, but Thomas didn’t have time to get out of the way.

She got knocked down but was seen on camera quickly saying “I’m alright” before bouncing back up.

The irony was not lost on her kids, who asked her “Mom, you do realize that you got run over by Rudolph on Christmas Eve, right?”

While Thomas remains the only female official, she said that there are several in the league’s developmental program. Thomas said she has also worked with the league to find new ways to get women involved in the sport. She never set out to be a trailblazer, but Thomas knows that she can be a role model for the next generation.

Now that the season is over, Thomas is back in Mississippi with her family, and she says some have asked if she’ll ever move, and she simply says “of course not.”