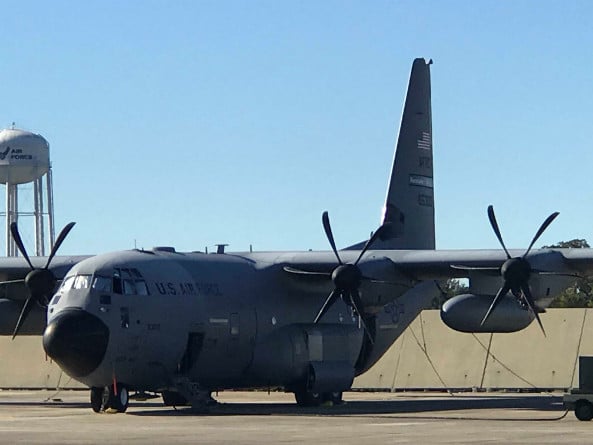 The lawmakers were informed that the 815th has reached full operational capability and is fully staffed to meet tactical combat airlift missions.  The development is welcome news for the Flying Jennies, which were targeted for deactivation in 2013.  Cochran, Wicker, and Palazzo led the fight to convince the Air Force to overturn the decision and restore the unit to full strength.

“Keeping the Flying Jennies at Keesler makes sense on operational and budget grounds.  I commend the Air Force for standing up this unit ahead of schedule, and remain confident the Flying Jennies will continue to protect our national security interests,” said Cochran, Senate Defense Appropriations Subcommittee chairman.

“The 815th Airlift Squadron and its C-130Js have been a great asset to the Air Force, Keesler Air Force Base, and our Gulf Coast community.  I am glad the Air Force has completed its plan to restore full combat mission capability to this distinguished unit and that the ‘Flying Jennies’ will continue to stay right where they belong – in Mississippi,” Wicker said.

“Over the past several years, I have fought tirelessly to ensure the ‘Flying Jennies’ remained active and in South Mississippi.  This report from the Air Force only further reestablishes what we already knew to be true, that keeping the squadron at Keesler Air Force Base is in fact the right decision,” Palazzo said.

Following the 2013 deactivation notice, Cochran, Wicker, and Palazzo pressed the Air Force to produce a thorough cost analysis and justification for deactivating the 815th and removing its C-130J “Flying Jennies” from Keesler.  The lawmakers used meetings, hearings, briefings, and legislative actions to convince the Air Force in April 2015 to rescind the deactivation order and keep the unit in Mississippi.

At a March 2016 Senate Defense Appropriations Subcommittee hearing, Lt. Gen. James Jackson, Chief of the U.S. Air Force Reserve, committed to Cochran that resources would be made available to restore personnel and mission capability.  Jackson testified, “In the next three years we will have all the manpower to fully operate and be successful with that squadron re-standup down in your state.”

Website launched to gain knowledge on food insecurity in Mississippi