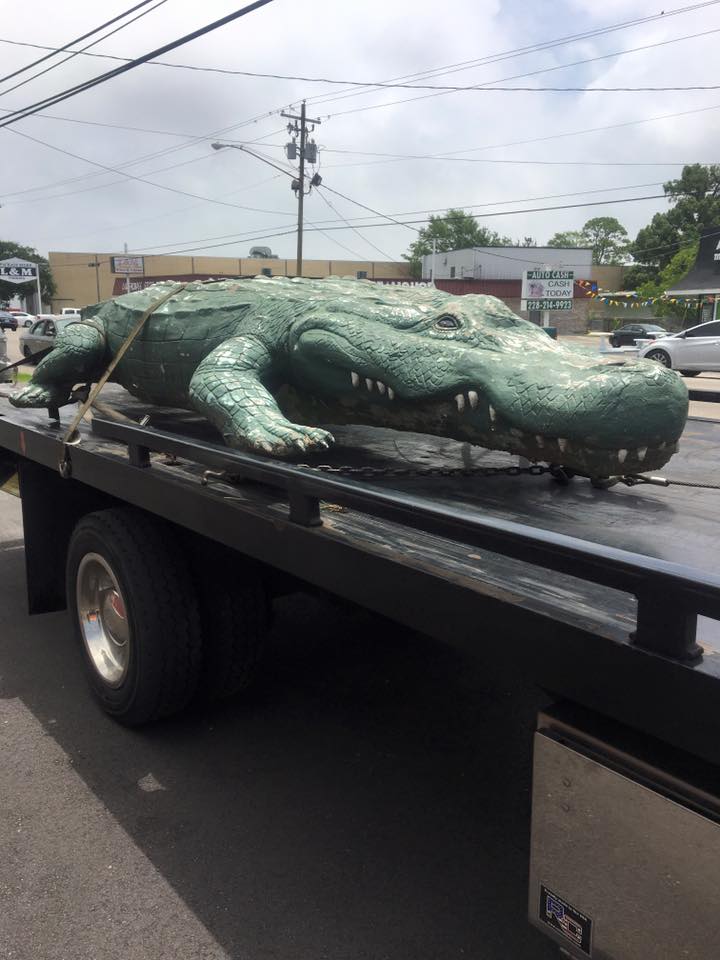 An 8,000 pound model crocodile was donated to the Mississippi Coast Model Railroad Museum.

The crocodile was found among a set of old playground equipment.

“My brother was in Destin Florida and saw an abandon set of playground equipment,” said Richard Mueller, President of the Mississippi Coast Model Railroad Museum.  “When we approached the owner he said he had stored it so long he would be willing to donate it to the museum.”

$1,500 later the crocodile made it to the museum on the Coast. Mueller said it will be part of the outdoor train exhibit that also includes a pirate ship and sunken treasure.

They museum brought in a 68,000 pound crane just to get the model placed in the exhibit and it will be restored before being added. Visitors can see the crocodile while on the riding train, that goes straight through the swamp.