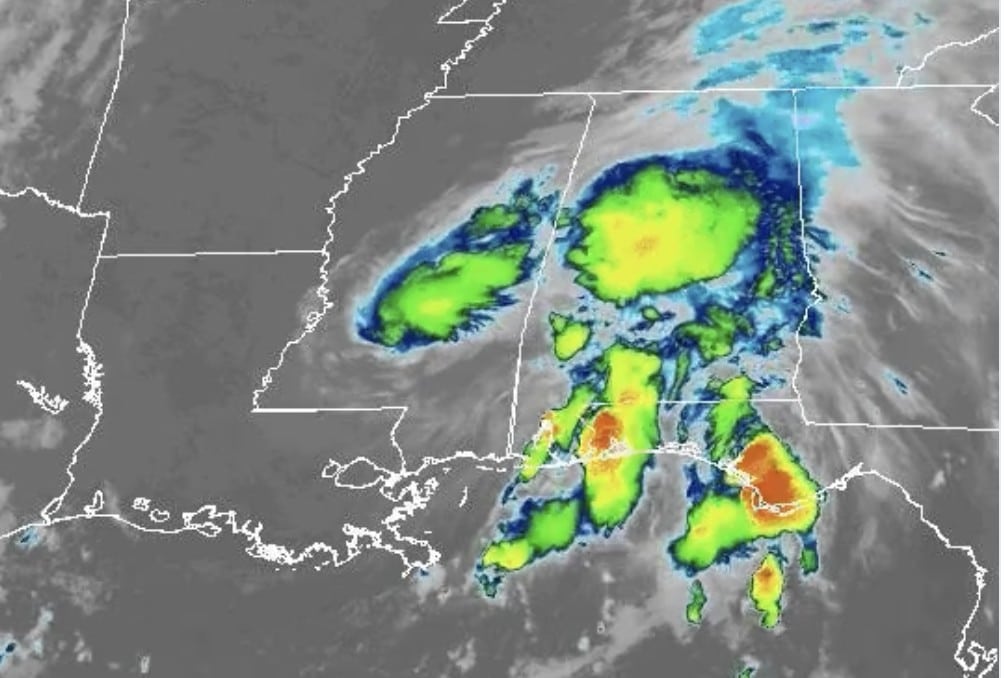 After the coast had braced for the impact of Tropical Storm Gordon, it made landfall last night around 10:15. As the storm tracks across Mississippi, it has now weakened to a tropical depression.

#Gordon, seen over central Mississippi by #GOESEast, is now a tropical depression. As the storm tracks northwest, the threat of heavy rains and flooding continues. Latest updates: https://t.co/hMF9BOKLp0 pic.twitter.com/b1o7EQ5beV

As the storm weakens, it will now reach winds up to 35 mph, a large drop from last night.

The storm hit the coast with heavy rainfall and strong winds, but thankfully, no major damage was reported in Mississippi. The storm hit with winds around 70 mph, and reports from the coast indicate that the area may have received up to 8 inches of rain.

While it may seem that the worst of the storm has passed, the threat is not over. In central Mississippi, the storm is expected to bring an “elevated threat” throughout the day. With this threat comes increased rainfall, and potential for flash flooding. Strong winds may also cause damage to structures and power outages.

According to the NWS, the threat is expected to begin in the afternoon and run through the night. The storm will also bring an increased risk of tornados.

We are thankful the Coast made it through #Gordon relatively unscathed, but heavy rains, high winds and flooding remain possible as the system tracks northwest through our state. Stay alert and heed directions from local authorities. pic.twitter.com/yWKXaTDE0X

With the potential for power outages across the state, make sure you prepare a ‘hurricane kit’ complete with a flashlight, batteries, water, food and other essentials.