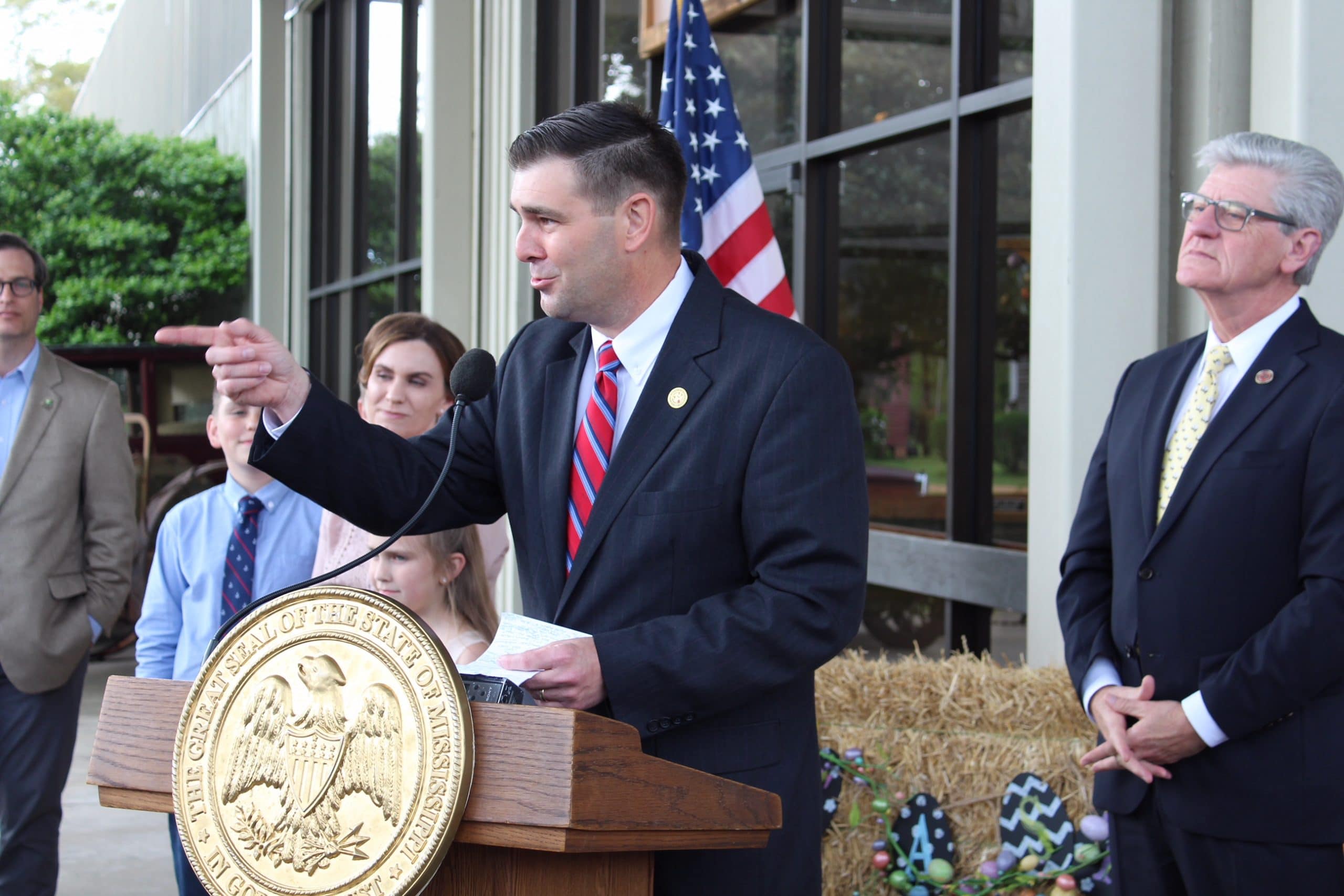 After Cindy Hyde-Smith was appointed to the U.S. Senate as Thad Cochran’s replacement, it left an opening for a new Commissioner for the Mississippi Department of Agriculture. Governor Bryant has chosen state Rep. Andy Gipson to fill the remainder of Hyde-Smith’s term.

“I am delighted that Andy has accepted the appointment as Mississippi’s next Commissioner of Agriculture and Commerce,” Gov. Phil Bryant said. “As a farmer and attorney, he is uniquely qualified to immediately assume the responsibilities of the agency and continue to grow Mississippi’s agricultural economy. Agri-business is our state’s largest industry and Chairman Gipson’s professional and public experience makes him well-suited for this opportunity.”

Gipson represents District 77 (Rankin and Simpson) and is a member of the Mississippi Bar Association, and Mississippi Cattlemen’s Association, so he is no stranger to the agriculture industry.

He is well-known for his strong views on the second amendment and has strongly defended the right to enhanced concealed carry permit holder’s rights, which recently caused a stir regarding athletic events on college campuses.

“Thank you, Governor Bryant, for this unique opportunity to serve all Mississippians,” Gipson said. “I’m eager to build upon the excellent work Cindy Hyde-Smith has accomplished for Mississippi farmers, and I’ll be actively exploring ways to further strengthen agriculture as the largest industry of our state. I want to see Mississippi agriculture and commerce grow and thrive for the next generation, and you can bet I’ll work hard to reach that goal.”

At the conclusion of the 2018 legislative session, Gipson was awarded “Conservative Legislator of the Year” by the Mississippi Legislative Conservative Coalition House. Upon receiving the award, he said that he will display it in a particulate spot. During his legislative service, Gipson served on the House Agriculture, Appropriations, Ways and Means, County Affairs, Insurance, Municipalities, and Transportation committees, among others. He was treasurer for the Mississippi Legislative Conservation Coalition from 2010-17 and treasurer for the Mississippi House Republican Conference from 2012-16

“I’ll display the eagle of freedom above my gun cabinet for now,” Gipson said.

Gipson has owned and managed a cattle operation in Simpson County for more than 20 years and a tree farm since 2004.  He is a member of the Mississippi Cattlemen’s Association and the Simpson County Development Foundation.

He is a Baptist minister and has served as pastor of Gum Springs Baptist Church since 2011. He and his wife, Leslie, have been married since 2001. They have four children — Joseph, Benjamin, Abigail and Sarah. They reside on their small working farm in Simpson County.

Gipson’s appointment will be effective April 2. He will serve the remainder of the term. The term runs through January 2020, and a state-wide election will take place in November 2019.

Friday on In A Mississippi Minute with @SteveAzar